WASHINGTON, Jan. 21 (Yonhap) -- South Korea's ambassador to the United States on Tuesday called for the swift resumption of an inter-Korean railway project amid stalled nuclear talks between Washington and Pyongyang.

President Moon Jae-in last week called for expanding inter-Korean cooperation to facilitate denuclearization negotiations, and cited several projects that could be pursued without violating U.N. sanctions on the regime.

Among them, the spotlight has been on the possibility of allowing individual tours to the North's scenic Mount Kumgang. 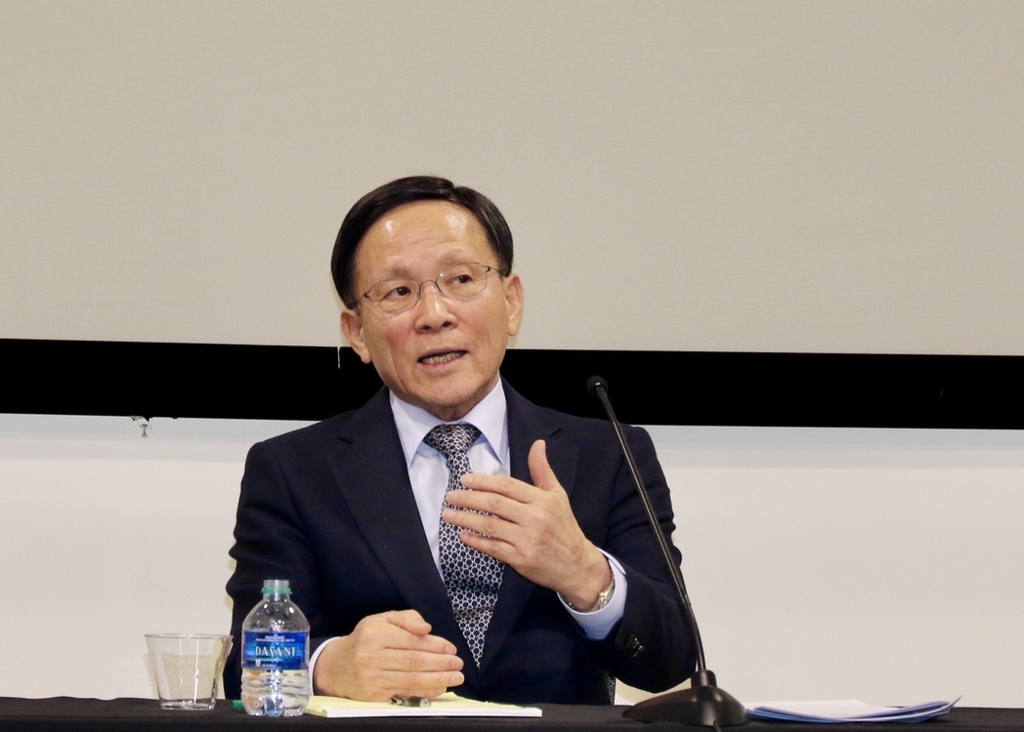 "I believe the project we should push for most urgently is the South-North railway reconnection project," Amb. Lee Soo-hyuck told reporters at a briefing, citing the long time required to complete it. "The United States has never denied that inter-Korean cooperation is helpful for denuclearization and necessary for improved U.S.-North Korea relations, and that position hasn't changed."

The ambassador's remark comes amid concerns of a rift between Seoul and Washington as the Moon administration insists it can make sovereign decisions regarding inter-Korean relations and the U.S. stresses the need for such cooperation to move in lockstep with progress in North Korea's denuclearization.

"The overarching principle underlying these projects that our government is pushing for is that we should do what we can within the framework of international sanctions," Lee said.

The ambassador expressed confidence that the allies will be able to remove any uncertainties if the issue is brought to their working group on North Korea.

"As far as I know, the U.S. has never rejected any of (our proposals at the working group)," he said. "The U.S. has always concluded that they did not violate sanctions."

The railway project was part of an agreement reached between Moon and North Korean leader Kim Jong-un at their first summit in April 2018.

Following a joint survey of the North's railways and roads, the two Koreas held a symbolic groundbreaking ceremony in December that year, but construction has yet to begin amid the deadlock in nuclear talks and ongoing sanctions on the regime.

On the allies' defense cost-sharing negotiations, Lee said the two sides are working to reach a deal before the end of February to ensure that South Korean civilians hired by U.S. bases on the peninsula are paid.