Kim Jong-gwan, vice minister of the People's Armed Forces, has been believed to have replaced No Kwang-chol as minister since he was named an alternate member of the politburo of the ruling Workers' Party of Korea during a key party meeting held at the end of December.

On Wednesday, Pyongyang's official Korean Central News Agency confirmed Kim's promotion as it mentioned his name and title in an article on a conference held Tuesday to discuss issues related to forest recovery and environment protection.

Kim is known to have spearheaded leader Kim's pet construction projects such as building tourism facilities in the Wonsan-Kalma region on the North's east coast and a spa resort in Yangdok in the North's South Pyongan Province.

State media has mentioned his name among those who greeted leader Kim's trips to the Yangdok spa resort on several occasions last year. The resort went into operation from this month.

The North Korean leader is pushing to nurture a competitive tourism industry as he wants to attract more foreign travelers and hard currency in an apparent bid to counter international sanctions weighing on its frail economy.

Speculation had swirled around Kim Jong-gwan's promotion to defense chief since the North said earlier this month that it carried out a major cabinet reshuffle during a four-day plenary session of the ruling Workers' Party at the end of last year.

State media reported at the time that he was elected as an alternate member of the powerful politburo, carrying a photo of him wearing the insignia of the four-star rank. But it did not provide details on his government position. 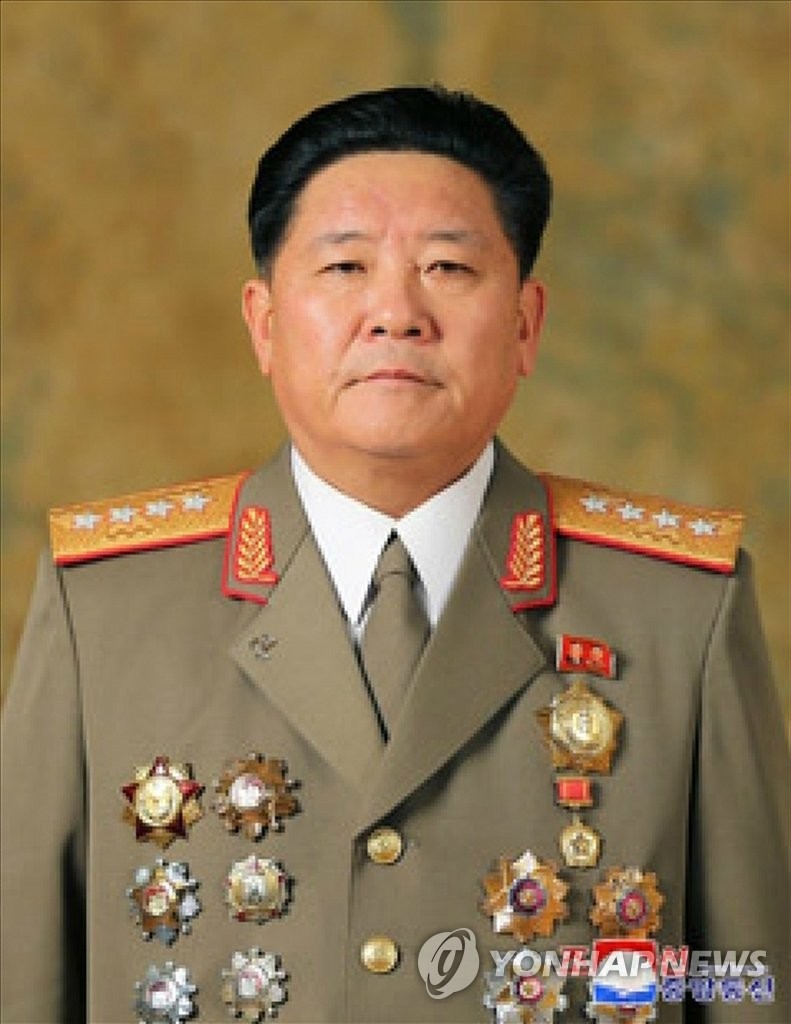