SEOUL, Jan. 22 (Yonhap) -- Ultrafine dust in the capitals of South Korea and China is made up of similar components, most coming from automotive emissions and coal power plants, joint research by the two countries showed Wednesday.

According to the research released by the Korea-China Air Quality Joint Research Team, ultrafine dust collected in Seoul and Beijing was found to contain similar elements such as ammonium nitrate, ammonium sulfate and organic matter, though composition ratios differed.

In Beijing, ammonium nitrate accounted for 22 percent of its ultrafine particles, while ammonium sulfate, organic matter and crustal materials like soil and sand made up 11 percent, 44 percent and 23 percent, respectively. 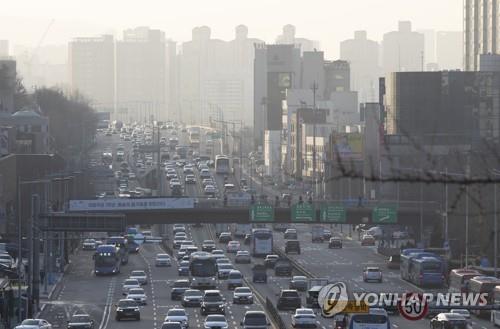 Ultrafine particles smaller than 2.5 micrometers in diameter, known as PM 2.5, are a class one carcinogen.

Doctors ask people with respiratory or cardiovascular problems to refrain from going outdoors when the PM 2.5 levels are high, as dust particles can cause various ailments and undermine the body's immune system.

The South Korea-China joint research found that the ratios of ammonium nitrate, mostly caused by auto exhaust emissions, area similar in Seoul and Beijing, while Beijing's ammonium sulfate, which comes from petroleum and coal combustion, was just half that of Seoul. In terms of organic matter, Beijing's level was 1.5 times that of Seoul.

South Korea's National Institute of Environmental Research (NIER) said the Chinese government's policy of reducing fossil fuel use has lowered the ratios of ammonium nitrate and sulfate in its ultrafine dust, though the level of organic matter rises in winter when the consumption of coal and other fossil fuels increases. 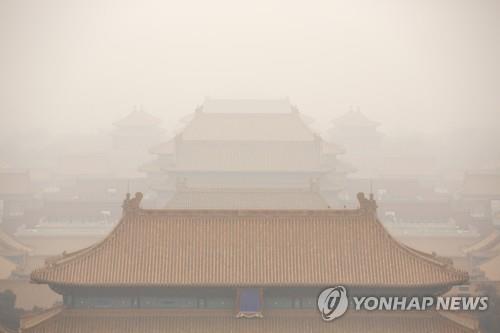 "The ingredients of ultrafine dust are similar across the world, but its composition ratios vary depending on lifestyle and environment. The latest joint research has nothing to do with the problem of cross-border flows of ultrafine particles. It is intended to look into the causes of ultrafine dust in the two cities and extend help to relevant policymaking," said a research at the NIER.

The joint research team, established in June 2015 as part of the two countries' bilateral cooperation on air pollution, plans to release its analysis of ultrafine dust composition ratios for three other Chinese cities -- Baoding, Changdao and Dalian -- next year, according to the NIER.