SEOUL, Jan. 22 (Yonhap) -- South Korea is ramping up screening and quarantine efforts to prevent the spread of Wuhan coronavirus here, especially ahead of the four-day Lunar New Year holidays this week, as the SARS-like illness has been confirmed to spread between humans, the health protection agency said Wednesday.

The country reported its first confirmed case of the new coronavirus on Monday when a Chinese resident who arrived at Incheon International Airport, the country's main gateway on Sunday, tested positive for the virus.

Airports across the nation have been ratcheting up monitoring, checking passengers from China and other countries for signs of illness, with local authorities accelerating quarantine efforts to contain the virus during the busy Lunar New Year travel season.

Seoul city said it has set up a 24-hour quarantine team manned by experts to respond to suspected cases, with all of its 25 public health centers given instructions on how to check people for symptoms.

Common symptoms of the illness are fever, coughing, soar throat and difficulty breathing. 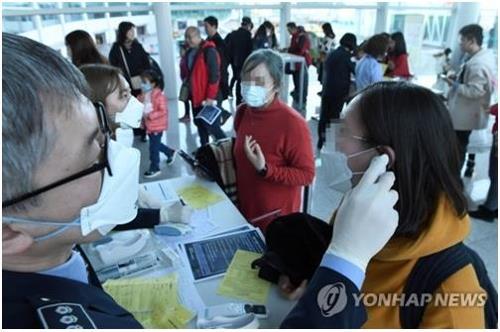 The traditional holiday, which kicks off Friday, will see increased movement within the country and abroad, potentially exposing more people to the virus, according to the Korea Centers for Disease Control and Prevention (KCDC).

China said Wednesday that the virus had killed nine so far, with over 440 citizens confirmed to be infected, amid concerns that the pneumonia-like illness, suspected of having first occurred in Wuhan, central China, is spreading quickly and widely.

Beijing pledged to pool all of its resources to contain the further spread of the disease, especially since the country too will celebrate the Lunar New Year with people generally getting time off till the end of the month so they can visit family and friends.

The KCDC said all local regional medical facilities will be required to take extra care to identify suspected cases and to strengthen disinfection of their facilities.

As of Wednesday, 16 suspected cases have been reported in the country, but 11 of the suspected sufferers were released from isolation after tests showed that they did not have the virus. Test results for four new suspected cases will come out later in the day, the KCDC said.

The new coronavirus, first reported in China late last year, was originally believed to be passed to humans from animals but is now known to be transmissible person to person, although victims may be contracting the virus by coming in contact with saliva and other bodily fluids rather than airborne factors. 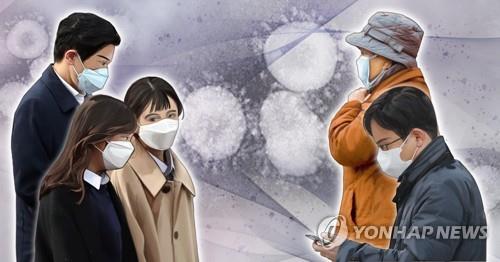