The 2019 Korean Series champs announced Wednesday they've signed Oh to a three-year deal worth 1.9 billion won (US$1.6 million). He will make 300 million won in guaranteed annual salary and received a signing bonus of 400 million won. He can make another 600 million won in incentives.

Oh was a free agent for the second time in his career this offseason. When he first reached free agency after the 2015 season, he stayed with the Bears with a four-year deal worth 3.8 billion won. 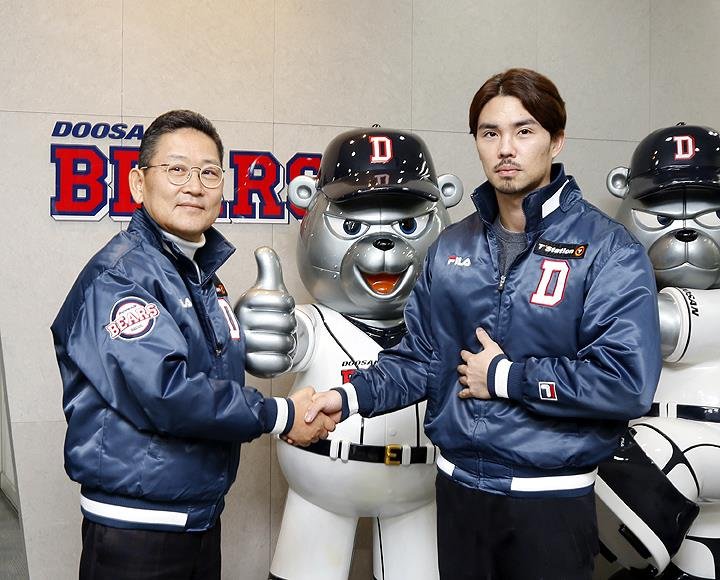 A ninth-round draft pick by the Bears in 2004, Oh made his Korea Baseball Organization (KBO) debut with the club in 2007.

Despite such a huge dip in offensive production, the Bears said they still liked Oh's intangibles as their leader. During the team's first meeting of the new year last Wednesday, Bears' manager Kim Tae-hyung already announced Oh as the team captain for the third straight season in 2020.

"I am happy to be back with the club, and as captain, I'll try to lead the team with a sense of responsibility," Oh said. "I'll also try to improve my stats and help us win a second straight Korean Series."