SEOUL, Jan. 22 (Yonhap) -- With its simple two-beat rhythm and no-nonsense lyrics, South Korea's nearly century-old trot genre has long been confined as entertainment of the aged.

The neglected genre is enjoying a renaissance now as the birth of new trot stars reawakened the allure of the music across generations.

Garnering a viewership rating of up to 18.1 percent, the all-time high for a cable channel entertainment show, "Miss Trot" by TV Chosun brought Song Ga-in out of obscurity and into prominence as a rare young A-list trot diva last year.

Song's ascent is a rare addition to the small pool of young trot singers, which also includes Jang Yoon-jeong and Hong Jin-young. 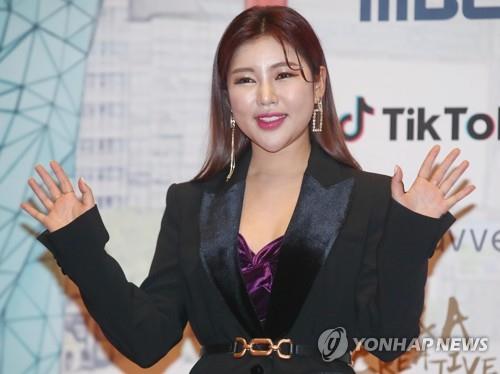 According to Genie Music, a mainstream music streaming service operator, streaming of trot songs jumped 74 percent last year from a year earlier amid music listeners' renewed interest in the genre.

"Listeners in their teens and 20s tend to be glued to the trot songs that fit to their own tastes while those in their 40s and 50s tend to enjoy a wide range of trot songs, especially those by well-known singers," Genie Music CEO Cho Hoon said in a press release.

The comedian released a trot EP, "Bbong For Yoo," under his stage name Yoo San-seul, the Korean name of a Chinese seafood dish, in a comedy project as part of the weekend TV show.

His songs, including "Hapjeong Station Exit No. 5," did not remain as a TV show item and made it to the top 100 single chart on another music streaming service, Melon Music, last year, winning him, under the stage name, the first rookie of the year award in his 29-year TV entertainment career at MBC Entertainment Awards.

In a press conference last year, Yoo illuminated his fascination with the trot genre.

"In fact, trot is a really wonderful musical genre, but it has not earned the reputation it deserves," Yoo said, citing the "straightforwardness" of trot music's lyrics as the basis of the genre's allure.

"Through the show, I hope the entire trot genre could enjoy more popularity and more new singers could find venues to sing," he said. 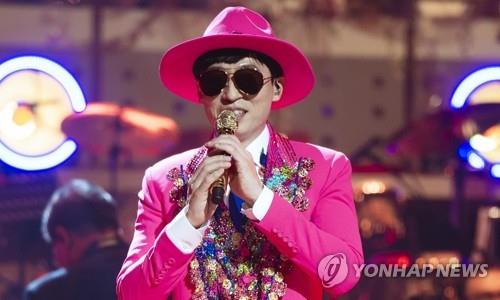 KBS ran a six-week project trot competition show starting in October, "I Like Trot," leading to the emergence of another young trot star, Jo Myeong-seop.

"Trot is a fundamental element of Koreans' emotions but it has been a neglected genre ... many aged people continue to consume the genre but it has never taken center stage before," he said.