SEOUL, Jan. 25 (Yonhap) -- A petition by a South Korean nongovernmental organization calling for a ban on the use of Japan's imperial-era flag during the upcoming Tokyo Olympics has drawn over 56,000 signatures.

The Voluntary Agency Network of Korea (VANK), a Seoul-based group that promotes South Korean history and culture, posted the petition in September as part of its key campaign to address Japanese aggression during the 1910-45 occupation of the peninsula. As of Thursday morning, some 56,800 people signed the petition.

The petition comes after the Tokyo Organizing Committee of the Olympic and Paralympic Games said it has no plan to restrict public use of the Rising Sun Flag during the event slated to kick off in July.

Notably, the petition added more than 6,000 signatures between Tuesday and Wednesday, which VANK says appears to reflect renewed concerns about Japan's dismissive attitude toward the colonial past.

Early this week, Japan reopened a public museum in central Tokyo set up to assert its sovereignty over territories over which it has long been in dispute with its Asian neighbors, including the South Korea-controlled easternmost islets of Dokdo.

"The reopening of the museum seems to have influenced the hike in the number," a VANK official said. "But we believe that it is more of an illustration that the petition is drawing global attention, considering that the wartime history is not only an issue for Korea. It involves many other countries."

Of the signatures, about 30 percent of the respondents are of foreign nationalities, with the majority consisting of South Korean locals or Koreans living abroad, the official said.

The official said VANK will run the petition until the Olympics.

Tokyo's position about the old flag has drawn public ire in Seoul, where many view it as a symbol of Japan's past militarism. It prompted the South Korean parliament to adopt a resolution calling for banning spectators from carrying the flag or wearing uniforms that feature its image during the games.

Seoul's foreign ministry has also issued a statement, urging Tokyo not to turn a sporting event into a tool for political messaging. 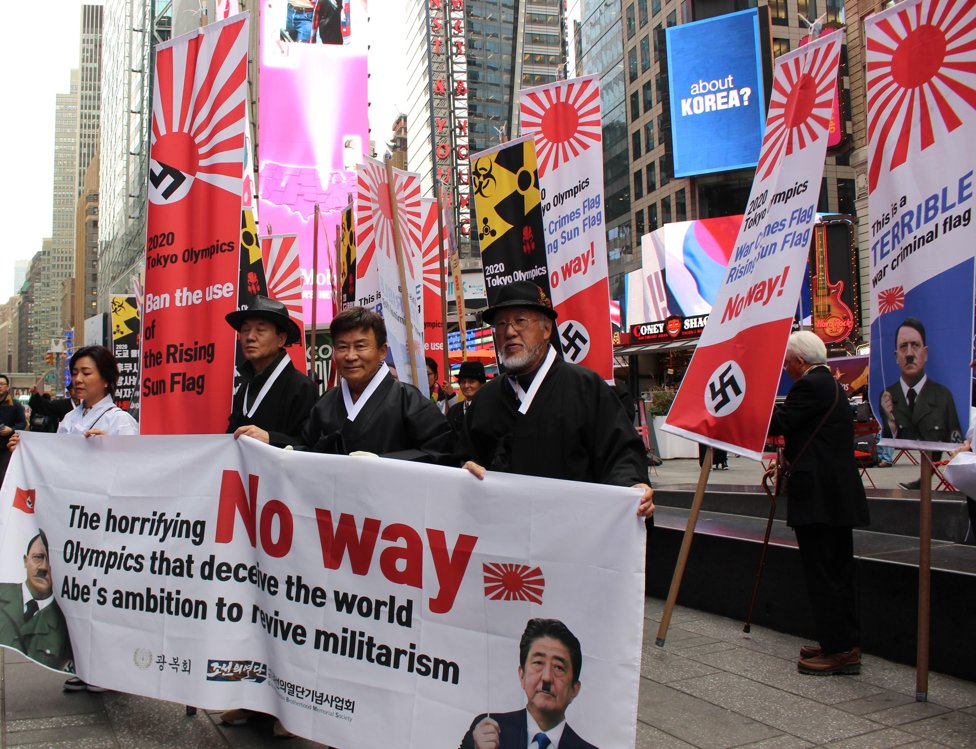 Petition against use of Japan's imperial flag during Tokyo Olympics draws over 56,000 signatures

Petition against use of Japan's imperial flag during Tokyo Olympics draws over 56,000 signatures