The first ever geostationary environmental monitoring satellite was unveiled last month and is set to be sent into orbit on Feb. 19.

The satellite arrived safely at the Guiana Space Centre in South America early this month. 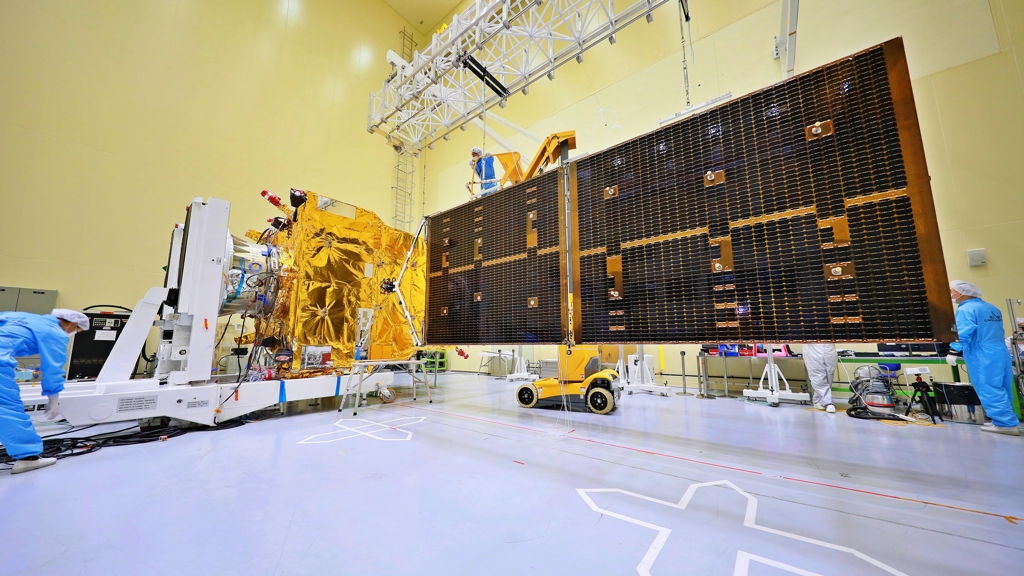 According to Lee Dong-won, head of the Environmental Satellite Center at the National Institute of Environmental Research, the satellite will help draw up a comprehensive picture of air pollutants in the northern hemisphere in cooperation with the United States and Europe.

The 3.4-ton Chollian-2B, along with NASA's TEMPO and Europe's Sentinel-4 geostationary satellites that are expected to be launched in the next few years, will help researchers actually track the movement of fine dust, yellow sand, harmful substances and other pollutants over vast regions,

Once the Chollian-2B is fully operational in 2021, South Korea will be able to more precisely and independently see environmental developments taking place in eastern Asia and nearby oceans, and can share the information with others, he said.