SEOUL, Jan. 23 (Yonhap) -- South Korean shares ended lower Thursday after a rebound of more than 1 percent the previous day, as foreign and institutional investors were cautious amid rising concerns over the spread of Wuhan coronavirus.

Foreign and institutional investors sold a combined 612.4 billion won (US$524 million) worth of stocks, weighing down the bourse. 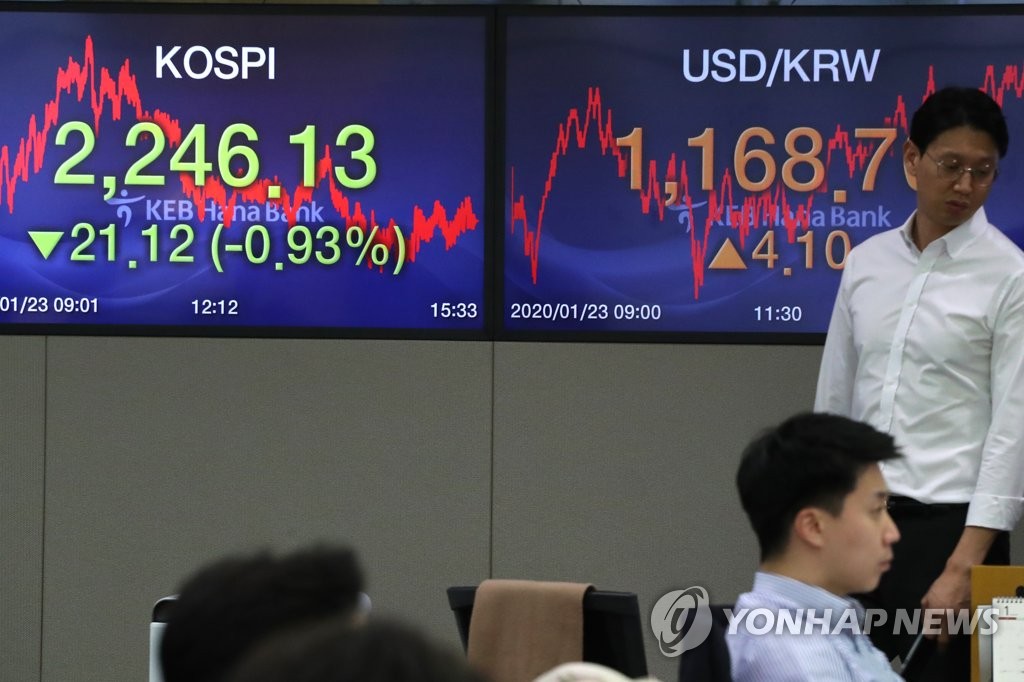 Daishin Securities analyst Lee Kyung-min said investors also went for profit-taking ahead of the holiday after the index jumped to its highest level in 15 months on Wednesday.

The Lunar New Year's holiday is one of the two major traditional Korean holidays and falls on Saturday, forming part of a four-day break that runs Friday through Monday.

Investors fretted over the potential fallout from the outbreak of a new coronavirus that has been spreading in China and other countries.