SEOUL, Jan. 23 (Yonhap) -- Renault Samsung Motors Corp. said Thursday it has put an end to a two-week partial shutdown of its plant to resume wage negotiations with the union next month.

The move comes after Renault Samsung workers suspended partial strikes at the company's sole plant in Busan, 453 kilometers south of Seoul, on Tuesday after staging partial walkouts for higher wages.

"The company and the union will sit at a negotiating table on Feb. 4-7 for a breakthrough in wage talks for the year of 2019," a company spokesman said by phone. 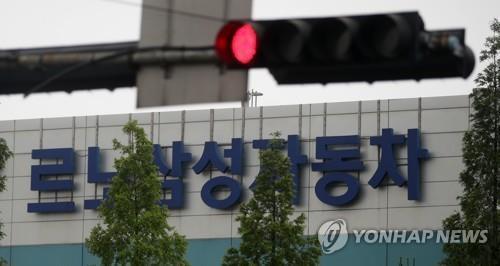 To avoid further losses resulting from walkouts, the company partially shut down the plant for the nighttime shift beginning Jan. 10. The strikes caused production losses of about 10,400 vehicles worth about 200 billion won (US$173 million).

In the past two weeks, 70 percent of the 1,700-member union chose not to join the partial strikes. This appears to have lead to the union stopping the industrial action this week.

It was the second time for the company to partially shut down the plant after it took a similar step for one day during wage negotiations with the labor union in May 2018.