SEOUL, Jan. 23 (Yonhap) -- The South Korean military unit dispatched to the Strait of Hormuz maintains a full readiness posture to deal with any situations in accordance with its operation guidelines, the defense ministry said Thursday.

The 300-strong Cheonghae Unit, with a 4,400-ton destroyer, expanded its operational areas from its original sphere of the Gulf of Aden into the Strait of Hormuz this week to protect South Korean citizens and vessels passing through the strategically important waterway amid tensions between the United States and Iran.

Concerns have since grown over whether the maritime troops are fully ready to meet fresh challenges and how to guarantee their safety in the highly volatile region.

"We are ready to carry out operations under all possible circumstances," ministry spokesperson Choi Hyun-soo told a regular briefing, stressing that the military has been preparing for "responses to all possible scenarios."

Noting that the authorities have already issued operation guidelines, she added the country does not consider any additional logistical support as of now.

On Tuesday when the ministry announced its troop dispatch decision, officials said the destroyer was equipped with additional arms, such as anti-submarine weapons, anti-aircraft guns and sonar, in order to carry out missions in broader regions.

"We've also complemented and fine-tuned the operation guidelines to reflect changing situations. Diverse measures to guarantee the safety of our service personnel were drawn up and continued such efforts will be made down the road," a ministry official said.

Following Seoul's announcement, Iran's foreign ministry spokesperson Abbas Mousavi said that Tehran cannot accept the decision as it doesn't fit the friendly relations between the two sides. The Seoul government has said it will make efforts to improve the bilateral ties. 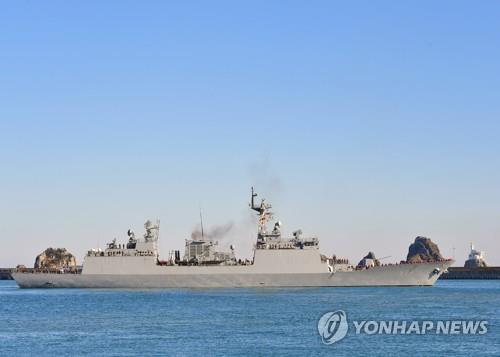