SEJONG, Jan. 23 (Yonhap) -- South Korea's finance ministry said Thursday it is closely monitoring tensions in the Middle East, although there has been no further escalation of tensions between the United States and Iran.

Finance Minister Hong Nam-ki held a meeting with relevant ministers earlier in the day to discuss the situation in the Middle East, the ministry said in a statement.

As tensions between the U.S. and Iran have eased, there is limited impact on local financial markets, the statement said.

Earlier this week, South Korea's defense ministry said it will dispatch troops to the Strait of Hormuz by expanding operational areas of its anti-piracy unit deployed nearby to help protect its vessels passing through the strategic waterway. 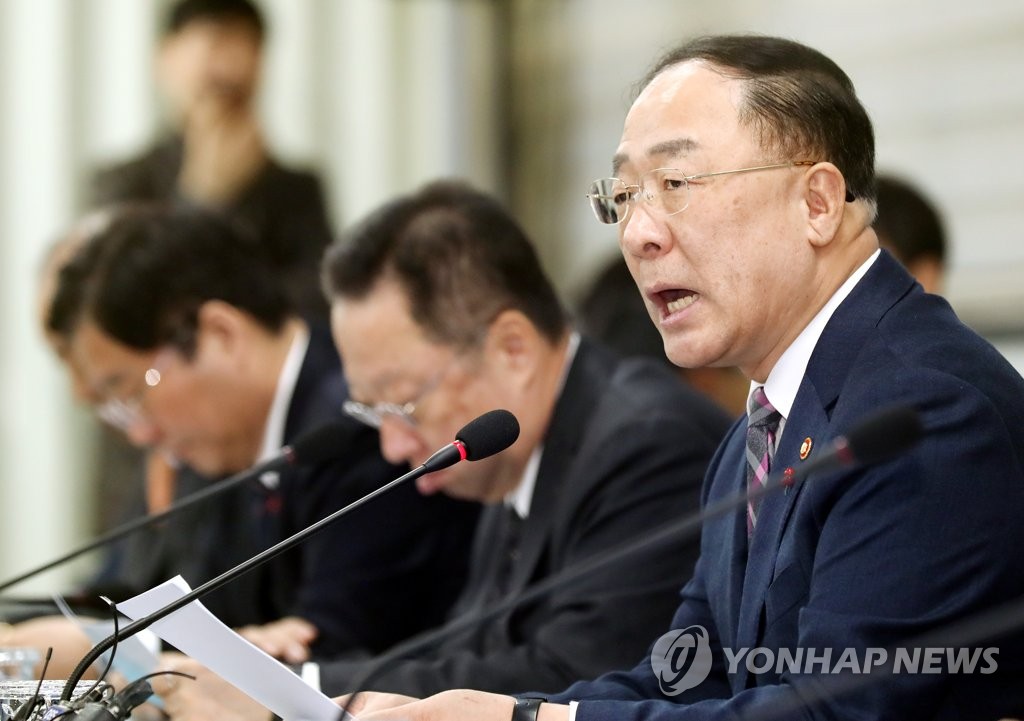 The forces, however, will not join a U.S.-led coalition but conduct independent operations, a move seen as reflecting Seoul's consideration of relations with Tehran and Washington's request for contribution to its campaign to secure the waters off Iran.

Last July, Tokyo imposed tighter regulations on exports to Seoul of three materials that are critical for the production of semiconductors and flexible displays -- resist, etching gas and fluorinated polyimide. Japan later removed South Korea from its list of trusted trading partners.