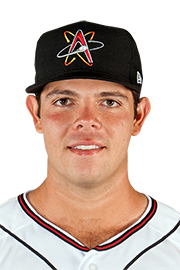 Ramos has mainly been a first baseman, with a few games at third and in the outfield. The Twins named him their everyday first baseman.

The Twins are based in the most cavernous and least hitter-friendly ballpark in the KBO, Jamsil Stadium in Seoul, and they had just 94 home runs in 144 games in 2019. They'll be counting on Ramos to improve that number.

"He has enough power to go deep at Jamsil, and he also has great on-base skills," the Twins said. "He has continued to get better throughout his career, and he'll play a huge role in the heart of our lineup."

KBO teams can each sign up to three foreign players, with a maximum two pitchers. All 10 clubs this year will carry two pitchers and one position player from outside Korea.