SEOUL, Jan. 25 (Yonhap) -- Ahead of the April 15 general elections, Im Jong-seok, former chief of staff to President Moon Jae-in, is back in the media spotlight amid rampant speculation over his next career move.

He left politics effectively in November last year with an abrupt announcement that he would not run in the elections. He said he plans to focus on campaigning "outside the politics of the establishment" for the reunification of the two Koreas.

Im is a highly symbolic figure in South Korea's pro-democracy movement as the leader of a progressive university student group in the late 1980s. He was imprisoned in 1991 for masterminding an unauthorized visit to North Korea by Lim Su-kyung, a member of the National Council of Student Representatives, in violation of the national security law.

A die-hard advocate of inter-Korean reconciliation, Im served as Moon's first chief of staff at Cheong Wa Dae. He was a prime target of political attacks from a number of conservatives who viewed Cheong Wa Dae as being "occupied by pro-Pyongyang leftists."

Im was also a representative figure in the nation's so-called 586 Generation engaged in political activities, which refers to those in their 50s who attended colleges in the 1980s and were born in the 1960s.

Im's stated retirement from politics was seen as a possible prelude to full-scale generational changes in the local political circles.

Having disappeared from the public eye for a few months, he has returned to news reports. On Tuesday, he made a public speech on the ruling Democratic Party's platform and policy, in which he stressed the importance of peace on the Korean Peninsula for future generations. 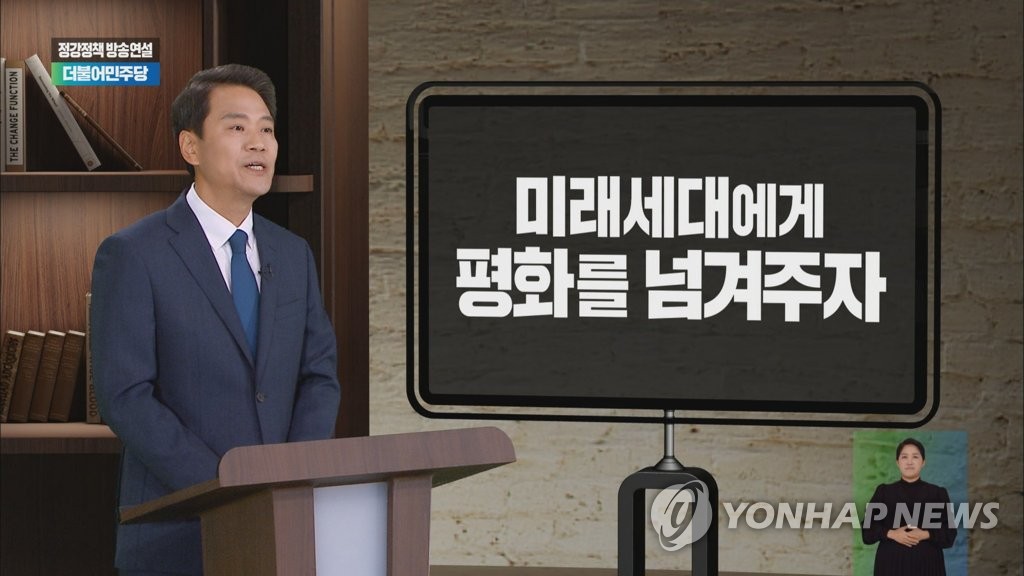 It's premature to conclude that he's preparing for a political comeback.

But soon after the speech, the DP's head Rep. Lee Hae-chan told a radio talk show that he's trying to persuade Im to work for the party.

Lee said it seems that Im "has not completely left the party," given his appearance at the recent broadcasting for the address.

It remains unclear whether Im will assume any official party post or join the upcoming election race in person.

He has a huge political burden for retracting his public promise to stay away from politics.

If he chooses to brave a "big match" against former Seoul Mayor Oh Se-hoon of the main opposition Liberty Korea Party in the eastern Seoul constituency of Gwangjin, the burden would be relieved to some extent, observers say.

For Im, it would be a high-stakes gamble to compete with the political heavyweight regarded as a potential presidential candidate for the conservative bloc.

The ruling party is desperate to defeat Oh, as it's already taking into account the 2022 presidential polls.

If that is the case, his return to politics could be justified among many DP supporters, at least.

The DP leader apparently wants Im to be groomed to become a presidential candidate himself.

Lee has a strategy of expanding the pool of the party's presidential candidates as large as possible, according to his aides.

Some analysts say the DP may be hoping that Im will run in the constituency of his hometown, Jangheung in South Jeolla Province, with a mission to play a pivotal role in its overall election campaign in the southwestern province of Jeolla, a traditional stronghold of South Korea's liberal parties.

Still, other observers bet on the possibility that Im won't return to politics, citing his character and style of wanting to maintain his image as a man of trust who keeps his word.