In particular, Naver Webtoon is showing marked growth in the United States after entering the market in 2014.

The number of its monthly active users, or MAUs, surpassed the 10 million mark in the U.S. in November, nearly doubling from 2014.

Naver Webtoon recorded 60 million MAUs in the global market and is expected to bring in 600 billion won (US$519 million) in content transactions this year.

Line Webtoon's U.S. content revenue grew to 13 billion won (US$11.1 million) in the third quarter of 2019, up from 2 billion won in the first quarter, according to Naver's corporate filing.

"Along with the steady two-digit growth in its ad business, we are expecting the webcomic operation to lead Naver's content service business," said Ju Young-hoon, an analyst at Eugene Investment & Securities.

"Naver already has about 60 million monthly users on a global level, meaning the webtoon operation can make inroads in the global market on its own," Ju added.

With the growing global content revenue, he estimated Naver's operating profit in 2020 to advance 47.1 percent to 1.03 trillion won, bouncing back from the previous year's 26.2 percent fall. 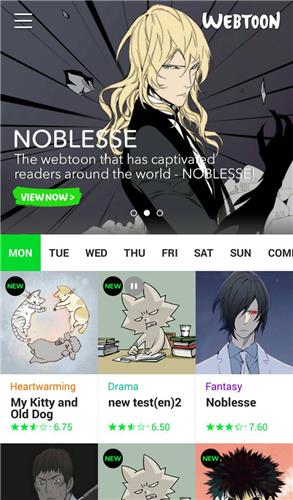 "In 2020, Naver's webtoon has ample room for a value hike," said Mirae Asset Daewoo analyst Park Jeong-yeob. "The U.S. is a promising market, in terms of both content consumption and monthly active users."