Kim's remarks are in line with the government's broader push to allow South Koreans to make individual trips to the North as a way to ease tensions and facilitate stalled denuclearization talks between Pyongyang and Washington.

"The government is considering helping the elderly people with the cost of visiting North Korea so that they can go near their hometowns, and relieve, though slightly, the sorrow of separation," Kim said during a ceremony to mark Lunar New Year's Day at Imjingak Park in Paju, just south of the demilitarized zone separating the two Koreas.

"Now is the time to heal the wounds from the division. The issue of the separated families especially needs a special measure as time is running out," he added. 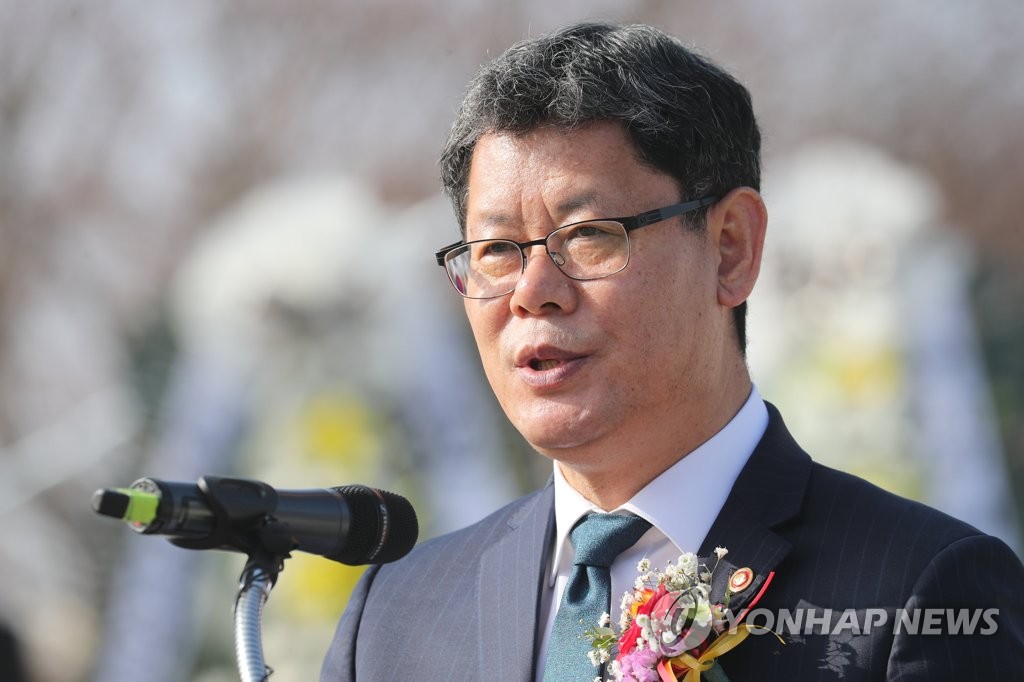 The minister went on to say that the government will mobilize "all ways available" to help resolve the issue of separated families. They include efforts to verify whether their loved ones are still alive in the North.

On Thursday, President Moon Jae-in also vowed efforts to create opportunities for South Koreans to meet their families in the North.

The two Koreas agreed in their September summit in 2018 to open a permanent reunion center for divided families and to hold video meetings or exchange video messages. But the impasse in nuclear talks between the North and the United States has hindered the events from taking place.

Among the total of 133,370 South Koreans registered as members of separated families, only 52,730 were alive as of last year, highlighting the urgency of one of the most pressing humanitarian matters for the two Koreas.

Among the survivors, 63 percent were aged 80 or older.