SEOUL, Jan. 23 (Yonhap) -- South Korea's top security officials had internal discussions Thursday on ways to strengthen "communication" with Iran and the United States in connection with its decision to send naval troops to the Strait of Hormuz for contributions to maritime security there, according to Cheong Wa Dae.

They reviewed the international community's responses to the move and discussed "follow-up measures," including the strengthening of "communication" with relevant nations, during the weekly session of the National Security Council (NSC) standing committee, it said in a brief press release. The meeting was presided over by Chung Eui-yong, director of national security at the presidential office.

It did not name those related countries, but the expression is used in context for the U.S., which has requested such a military role by Seoul, and Iran, which is regarded as a source of instability in the strait, a key global oil supply route.

Earlier this week, the Ministry of National Defense announced that the anti-piracy Cheonghae Unit, stationed in the Gulf of Aden, will broaden its operational area to the strait.

The government is seeking to allow South Koreans to visit North Korea on "individual tours" that would not be subject to U.N. Security Council resolutions on the communist neighbor. 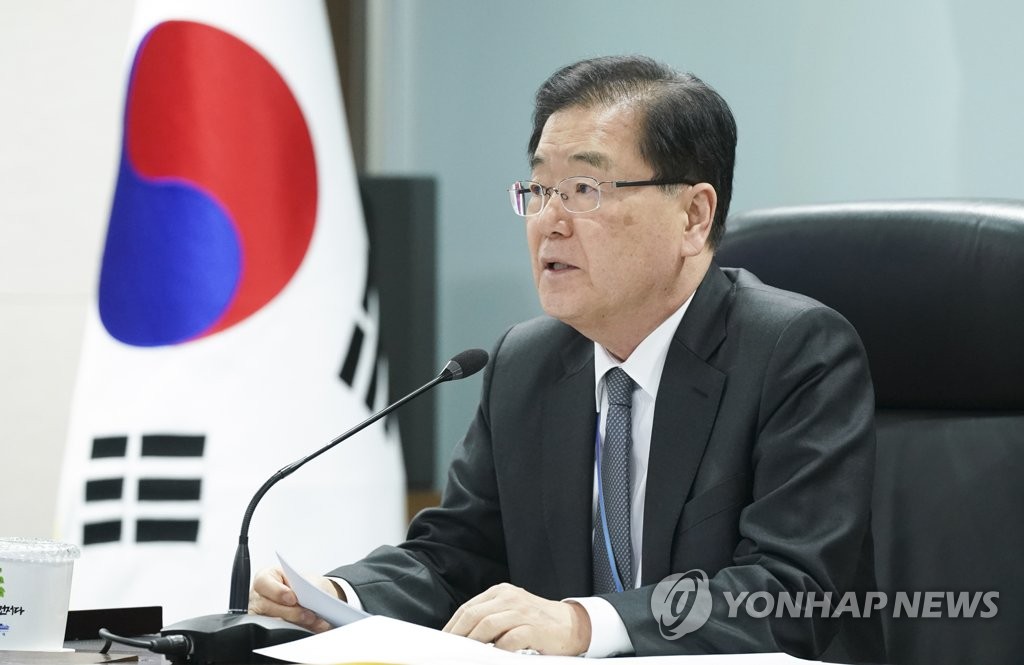