KATHMANDU/SEOUL, Jan. 23 (Yonhap) -- The search for four South Koreans missing after an avalanche in the Himalayas were called off Thursday (Nepal time) as worsening weather continued to hamper operations.

Nepalese authorities and a voluntary South Korean rescue team have been conducting the search since Friday's accident that left four Koreans and three Nepalese guides missing after an avalanche struck the popular trekking route on Mount Annapurna in northwestern Nepal.

South Korea's quick response team dispatched to the site said Nepal was withdrawing all rescue personnel and equipment that have been mobilized, including special forces from its military and other rescue officials and villagers who have been helping the search.

They have to suspend the operations for the time being, as piled-up snow, along with worsening weather conditions, keep preventing the rescue work, they said.

Nepalese officials explained earlier that recent heavy snowfall in the area has likely thickened the ice under which the missing people are probably trapped.

Um Hong-gil, a prominent South Korean climber who has volunteered to join the search with his team, said the missing people are presumed to be at least 10 meters deep in the snow, after measuring the depth near the accident site.

Um said he was also pulling his team out of the search for now, since there is little they can do at this stage but wait for the snow to melt.

The four missing -- two women in their 30s and 50s and two men in their 50s -- were among a nine-member team of school teachers on a trekking course in the Deurali part of the Annapurna Base Camp when the avalanche engulfed them. The five others were rescued by a chopper from a nearby lodge. 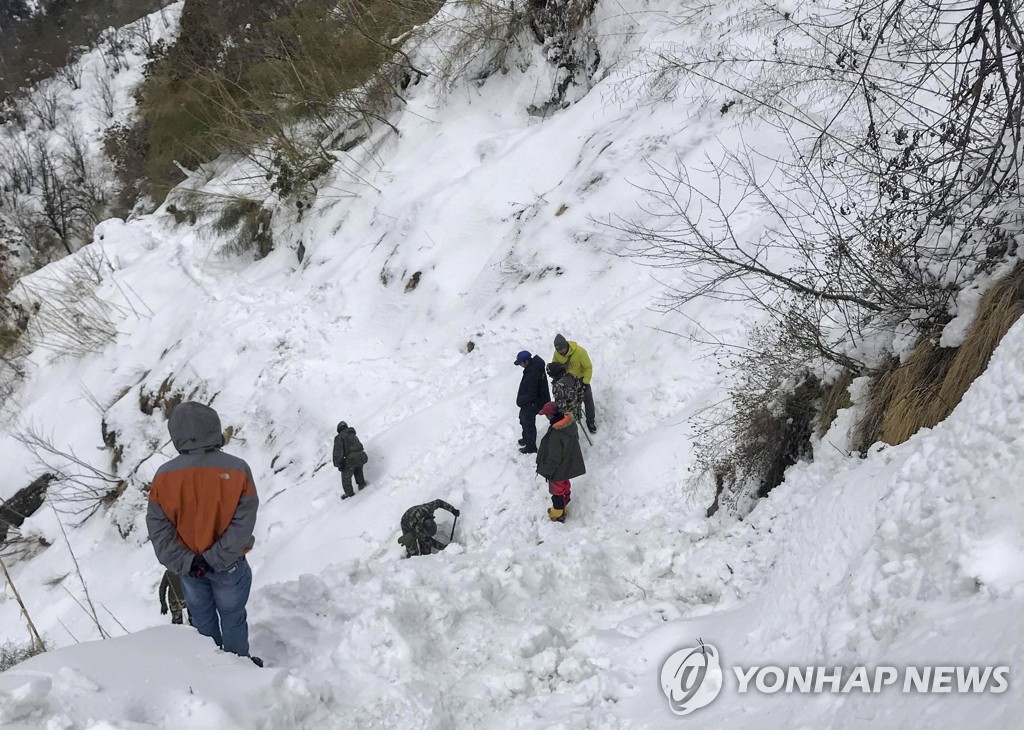