SEOUL, Jan. 23 (Yonhap) -- Justice Minister Choo Mi-ae expressed intent on Thursday to order an internal probe into prosecutors that brought charges against a presidential secretary for suspected misconduct, calling it a rash move that did not follow due process.

Choo delivered her message to the press after an anti-corruption team at the Seoul Central District Prosecutors Office earlier in the day indicted Choi Kang-wook, a presidential secretary for public office discipline, for fabricating an internship certificate for former Justice Minister Cho Kuk's son.

The prosecution team reportedly bypassed its boss, Lee Seong-yun, head of the Seoul prosecution office, as he refused to sign off on the indictment, and went ahead with filing the charges with the approval of Prosecutor-General Yoon Seok-youl.

Choo was briefed by Lee in regard to the indictment of Secretary Choi, and "confirmed a need for an internal inspection on the case of Choi's indictment," her ministry said in a message to reporters.

The ministry said that a case like this, involving a high-level public official, must be run by the chief prosecutor of the district office and it would constitute a violation of law and protocol if such a requirement was not met.

The Supreme Prosecutors Office released a statement later and defended Yoon's decision, saying that the indictment was "carried out in line with set rules based on the authority and responsibility of the prosecutor-general, who oversees the affairs of the prosecution and supervises all prosecution officials."

Thursday's confrontation between the ministry and prosecution marks the latest in their growing discord amid the liberal Moon Jae-in government's strong push for prosecution reform focused on dispersing the prosecution's investigative power that Moon's office has defined as too excessive.

Critics have raised concerns the reshuffles may disrupt ongoing probes into presidential officials' suspected election meddling and power abuse, accusing the presidential office Cheong Wa Dae of trying to overhaul the prosecution system because of its effort to investigate people on its side. 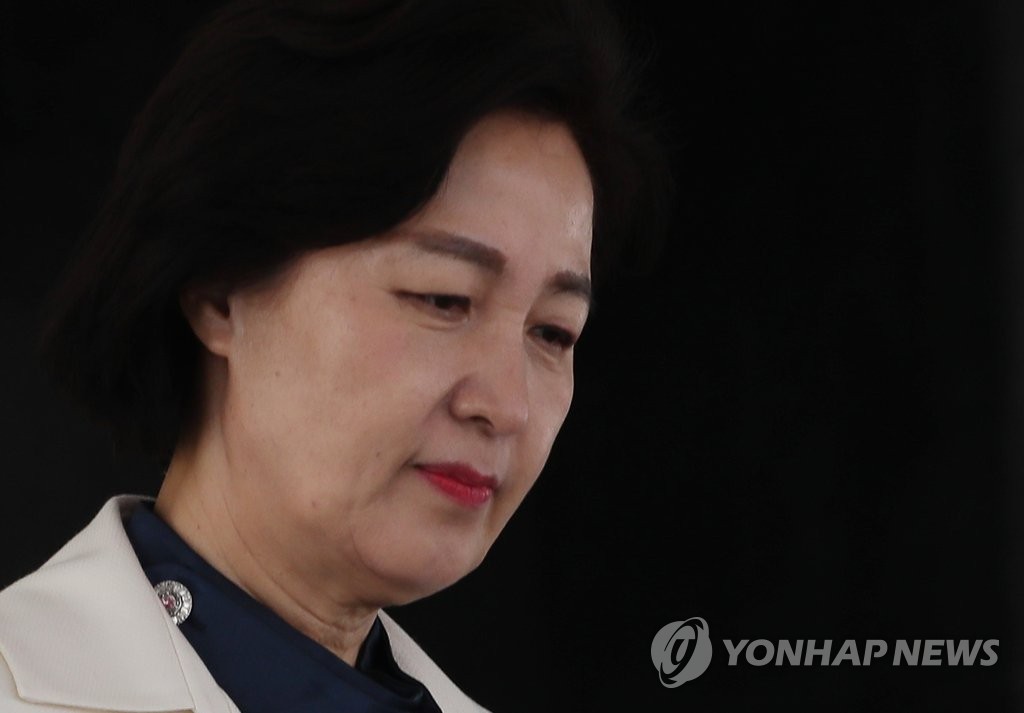