SEOUL, Jan. 24 (Yonhap) -- President Moon Jae-in said Friday lack of progress in denuclearization talks between North Korea and the United States was the most regrettable thing for him last year, along with a slower-than-expected improvement in the living conditions of South Koreans.

He especially mentioned the no-deal Hanoi summit between U.S. President Donald Trump and the North's leader Kim Jong-un during a phone interview with an SBS radio program.

"If there had been some headway in the North Korea-U.S. dialogue, (we) could have advanced peace on the Korean Peninsula and South-North cooperation," he said.

He also cited separated families living on the other side of the border of the two Koreas, as he was speaking on the occasion of the Lunar New Year, called Seol in Korean. It's one of the biggest annual celebrations for Koreans. 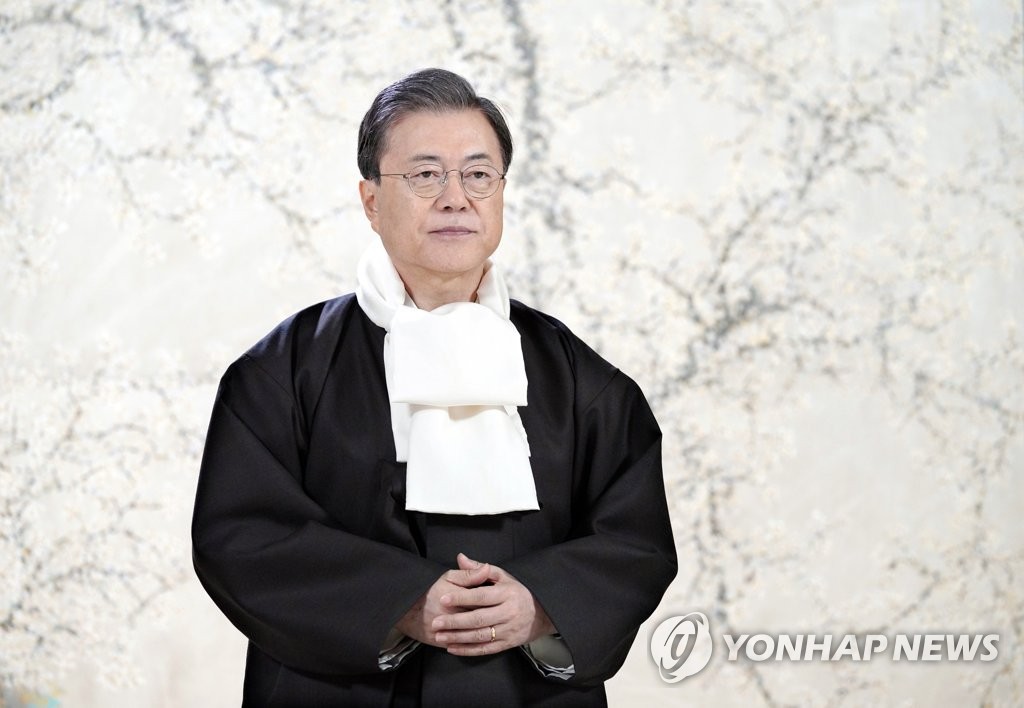 Moon recalled his mother who died in late October last year at the age of 92.

Moon's mother fled North Korea during the 1950-53 Korean War in the historic Heungman evacuation operation. But all of her family members failed to leave the communist nation,

Moon said his mother met with her youngest sister during a 2004 inter-Korean family reunion event held at Mount Kumgang. Moon and his son took her to the venue.

"I think that was the best thing I've done for her throughout her lifetime," Moon said.

But he said he failed to keep his promise to visit the mother's hometown, which is now in North Korea, together with her.