SEOUL, Jan. 24 (Yonhap) -- An annual mass migration started in South Korea on Friday as people headed to their hometowns for one of the country's key traditional holidays.

Seol, or Lunar New Year's Day, falls on Saturday this year, with the holiday period running from Friday to Monday.

Along with Chuseok, the equivalent of Thanksgiving in the United States, Seol marks South Korea's traditional holiday in which many South Koreans head back to their hometowns to pay homage to their ancestors and spend time with family and friends.

People streamed into the main train station in central Seoul and the city's express bus terminals that link the capital to regional cities and towns across the country.

Some 460,000 vehicles are expected to leave the capital area Friday, according to the Korea Expressway Corp. (KEC), while 4.61 million vehicles are likely to hit the road throughout the country, it added.

"The number reached its peak at around noon," a KEC official said. "Homebound traffic congestion is expected to die out at around 7 to 8 p.m."

Others headed to airports to go abroad for Lunar New Year or to tourist destinations in the country. 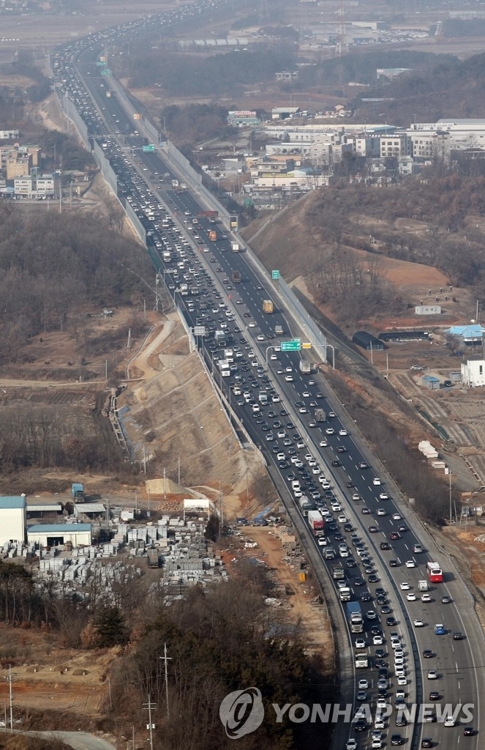