Esper made the comment when asked to assess the extent of the threat posed by the "new strategic weapon" North Korea has threatened to unveil amid stalled denuclearization talks with the U.S.

"They have an aggressive R&D program and a test program, to say the least," the Pentagon chief said during a seminar at the Center for Strategic and International Studies. "We're conscious of what they're trying to do. Clearly, they are trying to build a long-range ballistic missile with the ability to carry a nuclear warhead, if you will, on top of it. So it's something we are watching very closely." 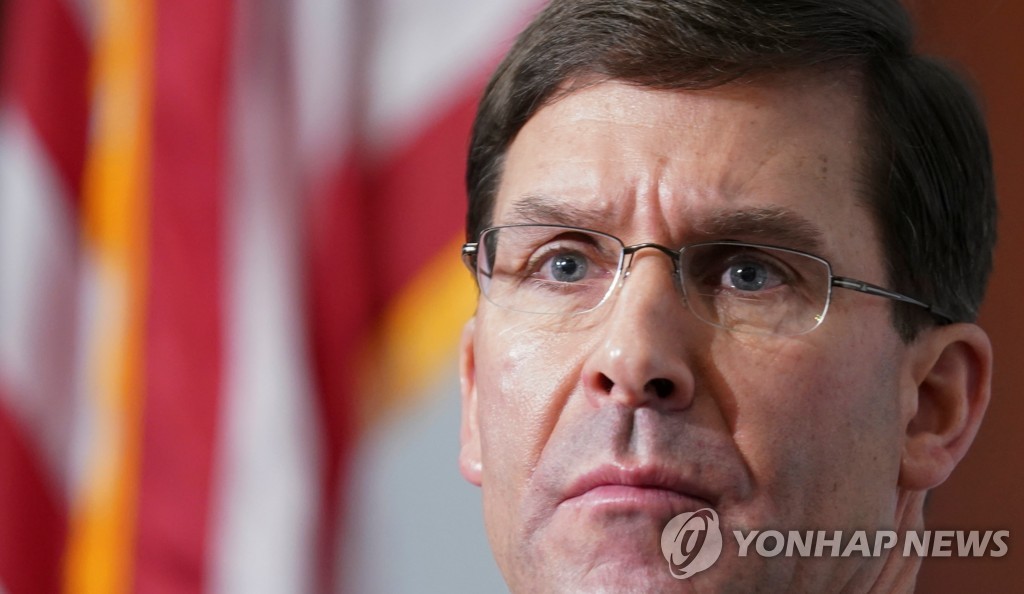 North Korea last tested an intercontinental ballistic missile in 2017, before nuclear talks with the U.S. resumed in earnest.

As the two sides have struggled to reach a deal on exchanging North Korea's denuclearization for U.S. sanctions relief and other concessions, the regime has recently suggested it could restart nuclear and long-range missile tests.

Esper called on North Korea to return to negotiations.

"It still remains to be the case that we're pursuing a diplomatic initiative with them and we think the best way forward is through a political agreement," he said.

To facilitate negotiations, South Korea and the U.S. have suspended or scaled back some joint military exercises, which North Korea denounces as rehearsals for an invasion.

"I think the secretary said at the time that it was an effort to provide the leader of North Korea some room to continue with negotiations, and that's still our hope," Hoffman said during a press briefing later in the day at the Pentagon. "But at this time, I've no announcement on any change in our exercise posture in South Korea."