SEOUL, Jan. 26 (Yonhap) -- South Korea on Sunday reported its third confirmed case of the China coronavirus amid mounting fears over the spread of the pneumonia-like illness throughout China and other parts of the world.

According to the Korea Centers for Disease Control and Prevention (KCDC), a 54-year-old who had resided in Wuhan and arrived back in South Korea on Monday tested positive for the new strain of the virus that has killed 56 people so far.

The person has been under quarantine after reporting symptoms on Saturday, the health safety agency said.

The country earlier reported two confirmed cases of the new coronavirus strain that causes pneumonia-like sickness on Monday and Friday and is keeping close tabs on those that may have come in contact with such people.

China announced that besides the deaths, 1,975 people have been confirmed to have been infected, amid concerns that the virus is spreading quickly and widely. It said that of those infected, 324 were in critical condition. 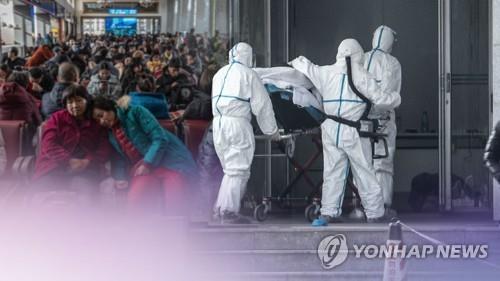