Sunday is the second-to-last day of the Lunar New Year's long weekend, one of the country's largest holidays. This year's holiday started Friday, and the annual exodus of people in Seoul and its surrounding areas for their hometowns began Thursday evening.

With the long weekend ending Monday, those people began making their way back up north or west toward the nation's capital on Sunday.

According to the state-run Korea Expressway Corp., traffic toward Seoul was expected to peak around 4-5 p.m. Sunday, and it likely won't ease until the wee hours of Monday morning.

The Korea Expressway Corp. estimated about 4.64 million vehicles would hit the road on Sunday. 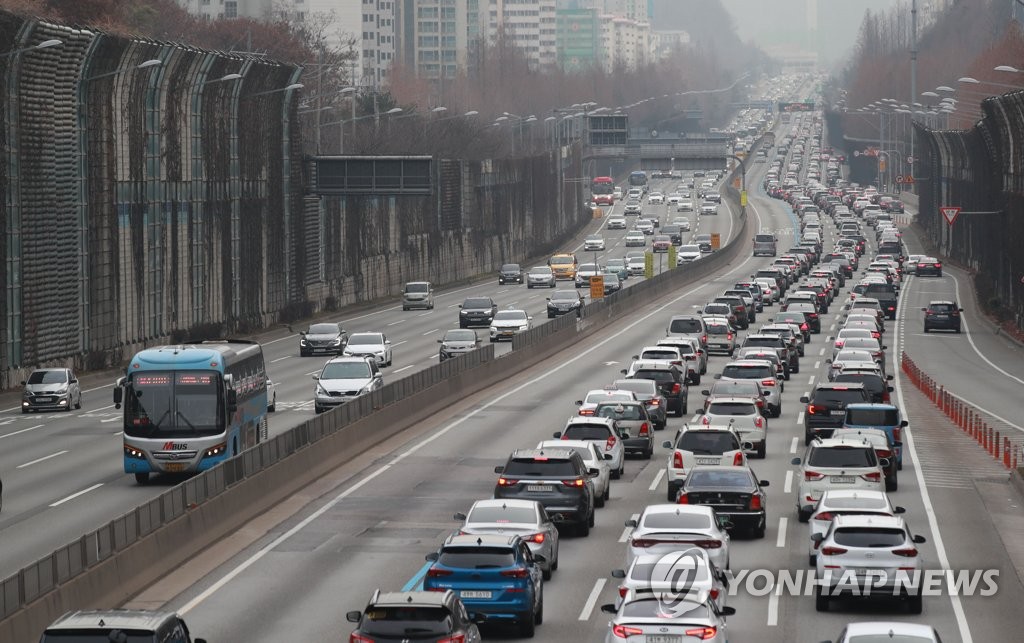