GWANGJU, South Korea, Jan. 27 (Yonhap) -- The remains found at the site of a former prison in the southwestern city of Gwangju may belong to over 250 people, nearly three times the previously estimated 80, sources said Monday.

The National Forensic Service made the assessment after examining the remains, according to the sources. The government had initially assumed that the remains belonged to 80 people -- 41 to deceased inmates and 40 to unidentified individuals.

The remains were first uncovered in December during a government-led project to relocate a graveyard where deceased prisoners with no family ties were buried. The discovery raised speculation the unidentified remains may belong to victims who went missing during a bloody crackdown on a pro-democracy movement in 1980, when citizens of Gwangju rose up against the military junta of General Chun Doo-hwan.

Tank-led paratroopers ruthlessly cracked down on the May 18 uprising, leaving hundreds of people dead, thousands wounded and 76 missing, according to the city's official records.

With the remains belonging to more people than the official records indicated, some have speculated that they may belong to former inmates rather than victims of the pro-democracy movement crackdown.

The forensic service may complete the process by early next month, with the results to be announced later.

The May 18 Memorial Foundation plans to conduct an additional excavation of 2,888 square meters of land in the vicinity. 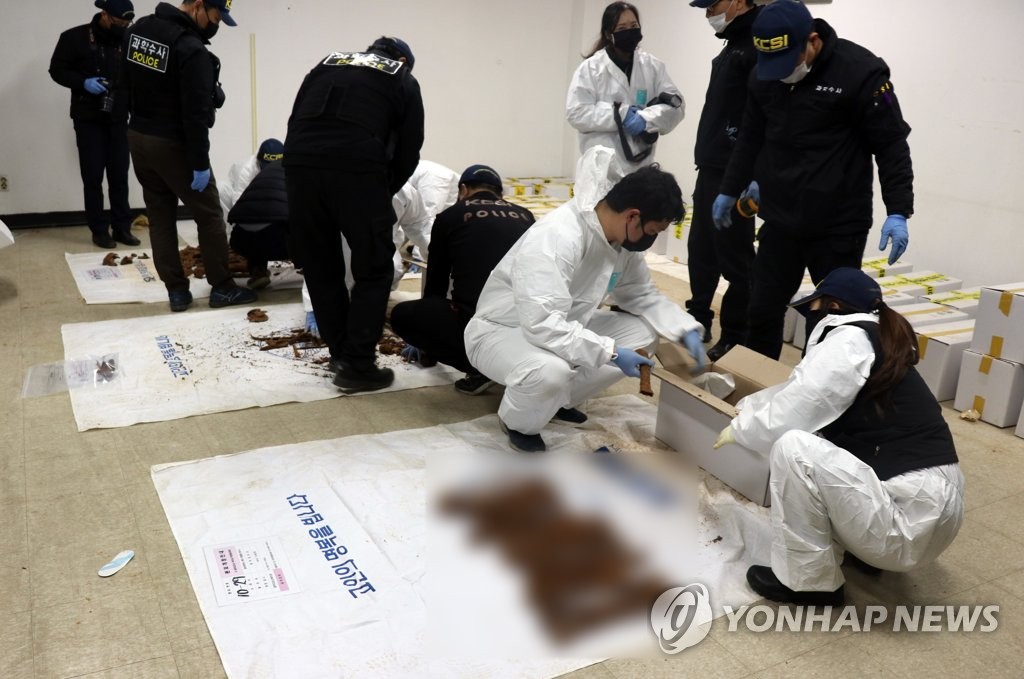