SEOUL, Jan. 27 (Yonhap) -- About 100 military doctors, nurses and ordinary soldiers will be mobilized for quarantine operations aimed at preventing the spread of the new type of coronavirus, the defense ministry said Monday.

The military personnel have been assigned to 21 checkpoints set up at seaports and airports across the country and will help with body temperature checks and other quarantine efforts, the ministry said.

After the government raised its infectious disease alert level by one notch to "orange," the third highest, on the day, the ministry set up a control center on its own led by Vice Defense Minister Park Jae-min.

"During its initial meeting, the center pledged to continue to seek diverse measures to proactively support nationwide countermeasures by mobilizing military personnel, equipment and facilities," the ministry said in a release.

The center will also focus on all-out efforts to prevent the virus from spreading to barracks, it added.

Meanwhile, the military is checking all soldiers who have recently visited China, but none have so far shown any symptoms, according to officials. 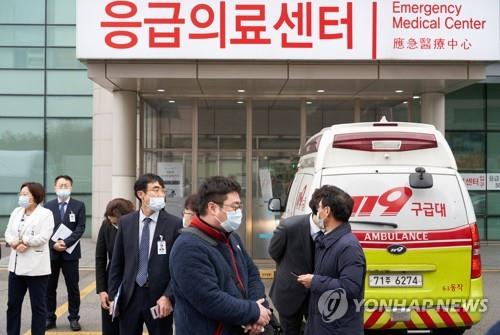