SEOUL, Jan. 27 (Yonhap) -- South Korea's government on Monday raised its infectious disease alert level one notch to "orange" amid rising public concern over the spread of the Chinese coronavirus in the country.

The decision reached at an emergency response meeting chaired by Minister of Health and Welfare Park Neung-hoo, came on the same day Seoul announced its fourth case of the novel virus that has resulted in 80 deaths so far in China. The new coronavirus has infected 2,794 people in 14 countries worldwide.

Orange alert is the third highest readiness level in the four-tiered system and signifies the limited spread of a disease in the country. Previously the country was on "yellow" alert.

"There will be a redoubling of quarantine inspections with more efforts made to prevent the entry of the virus and tighter management of people suspected of having been infected," the Ministry of Health and Welfare said.

It said more personnel from public health bodies as well as defense and police forces will man quarantine checkpoints at the nation's airports and seaports to better screen inbound travelers for any sign of the illness. 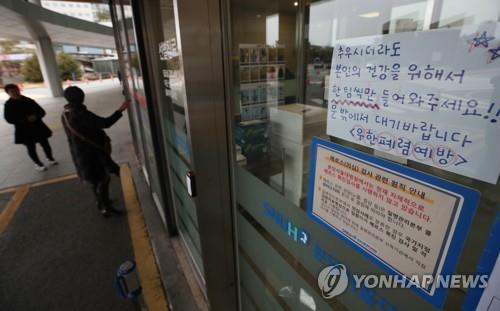