SEOUL, Jan. 27 (Yonhap) -- President Moon Jae-in ordered his government Monday to attempt to trace all people who have flown into the country recently from the Chinese city of Wuhan as part of "preemptive" measures against the spread of a new coronavirus, Cheong Wa Dae said.

The government is also moving to send a chartered plane to Wuhan, which is under lockdown, with the virus thought to have originated from a local food market.

Speaking at a meeting with his senior Cheong Wa Dae aides, Moon stressed the need to "take all possible measures" to prevent the virus from sprawling through secondary infection, according to Yoon Do-han, senior secretary for public communication.

"(We) should take preemptive steps against the worsening (of the situation) via secondary infection," the president was quoted as saying, as South Korea reported its fourth confirmed case of the virus earlier in the day.

The president ordered the government's "push" for tracing all of those who stayed in Wuhan before entering South Korea lately, as the virus often shows no immediate symptoms, according to Yoon. 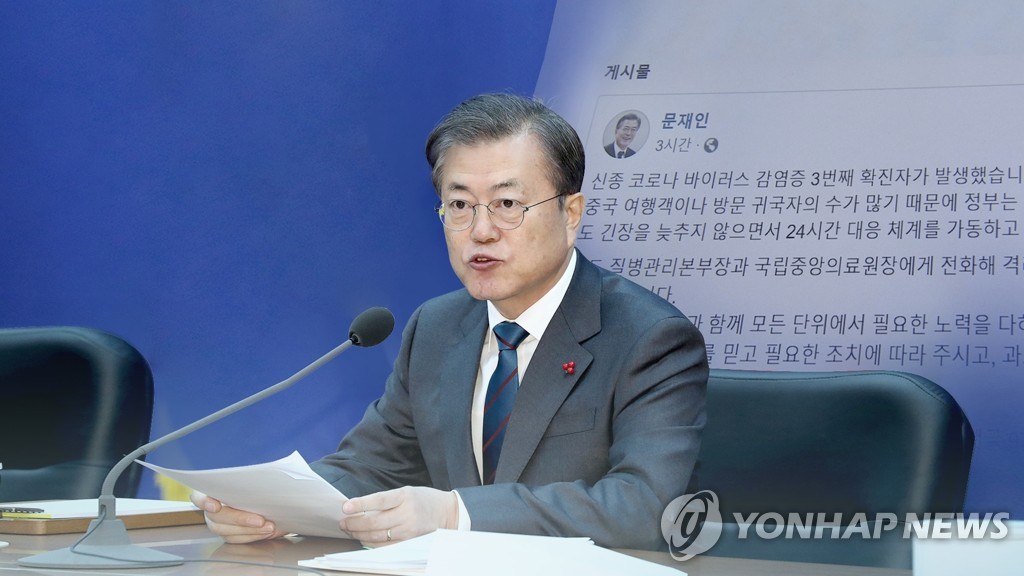 He called for the mobilization of military doctors and nurses as well as utilizing military facilities if it's necessary to support the campaign to contain the virus.

Moon highlighted the importance of communication, ordering the transparent and timely distribution of information to the public.

On Sunday, the president issued a special public message, pledging all-out efforts by relevant authorities to fight the virus. He also asked the people not to be "excessively concerned" about the burgeoning pandemic, drawing a sharp political attack from the opposition bloc.

The Cheong Wa Dae secretary made clear that Cheong Wa Dae is the "control tower" of the pan-governmental fight against the outbreak of the virus here, and the office of the prime minister is in charge of "managing the situation."

A government official later told reporters that Prime Minister Chung Sye-kun is scheduled to preside over an emergency meeting of ministers on Tuesday.

Following the session, the government plans to announce specific ways to evacuate South Koreans in Wuhan, which include sending a chartered plane, the official said.

Currently, around 600 South Koreans are believed to be staying in Wuhan, and more than 500 of them have expressed their desire to take the plane home, according to the Korean consulate general in the city.

A separate economy-related ministers' meeting will be held on Tuesday, presided over by Finance Minister Hong Nam-ki, to review the virus's impact on the local economy and discuss how to minimize it.

Meanwhile, the president has postponed briefings, slated for Thursday, from the Ministry of Health and Welfare and the Ministry of Gender Equality and Family on their major policy goals this year.

On online petitions calling for a temporary entry ban on people from China, a Cheong Wa Dae official said there's no plan for such a measure yet.

"Though the World Health Organization (WHO) discussed the matter, it did not call for the entry ban. We are unlikely to take measures that go beyond WHO decisions at the current stage," the official said. "For now, we are keeping a close watch on overall situations."

The WHO has delayed deciding whether to label the spread of the Wuhan coronavirus a "public health emergency of international concern."

Earlier Tuesday, Seoul raised its infectious disease alert level by one notch to "orange," the third highest, after a 55-year-old South Korean man who returned from Wuhan on Jan. 20 tested positive. 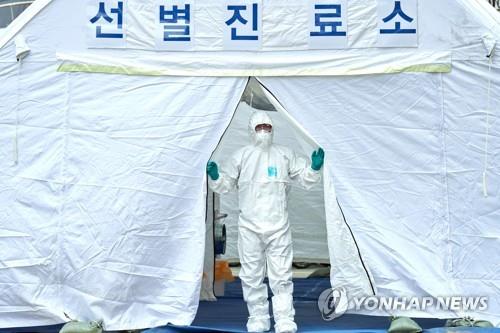