SEOUL, Jan. 28 (Yonhap) -- The U.S. Forces Korea (USFK) has issued guidelines on the prevention of an outbreak of Wuhan coronavirus amid deepening concerns over the spread of the pneumonia-like illness following four confirmed cases reported in South Korea.

The deadly virus appears to have put the U.S. military on alert, particularly as one of the four patients was known to reside in Pyeongtaek, Gyeonggi Province, where its garrison Camp Humphreys is located.

"Be advised that this is cold and flu season, and the Coronavirus shares similar symptoms," the USFK said on its Facebook page, adding that it is potentially deadly.

The military then advised its service personnel to avoid "nonessential travel" to Wuhan, the epicenter of the virus, and China and to seek U.S. medical care if they experience a fever, cough or difficulty breathing.

"Be sure to call ahead to the medical clinic to advise them of recent travels and current symptoms," the USFK said. It also advised monitoring the websites of the South Korean and the U.S. disease control centers for the latest information.

After South Korea reported another case of the virus on Monday, the government raised the infectious disease alert level by one notch to "orange," the third highest, and has sought to step up its efforts to deal with it. 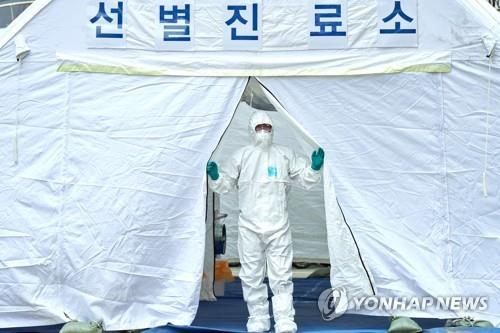 USFK on alert against Wuhan coronavirus

USFK on alert against Wuhan coronavirus