In 2019, 141,597 people used the Line No. 2 station each day on average, which also connects to the Sinbundang Line that terminates in Gyeonggi Province, according to the data by subway operator Seoul Metro.

By subway line, Line No. 2 was by far the busiest with 2.22 million people, or 29.8 percent of total subway passengers, using it on an average day.

Line No. 7 came next with average daily passengers totaling 1.04 million, according to the data.

The annual data, meanwhile, showed an increase in the number of passengers who use the subway for free. The subway operator attributed the on-year rise to the country's aging population.

The number of passengers who used Lines No. 1 to 8 for free totaled 274 million last year, accounting for 15.5 percent of all passengers using the lines. This amounts to 370.9 billion won (US$315.3 million) worth of fares.

The subway operator provides free rides to the disabled, veterans and those aged over 65. 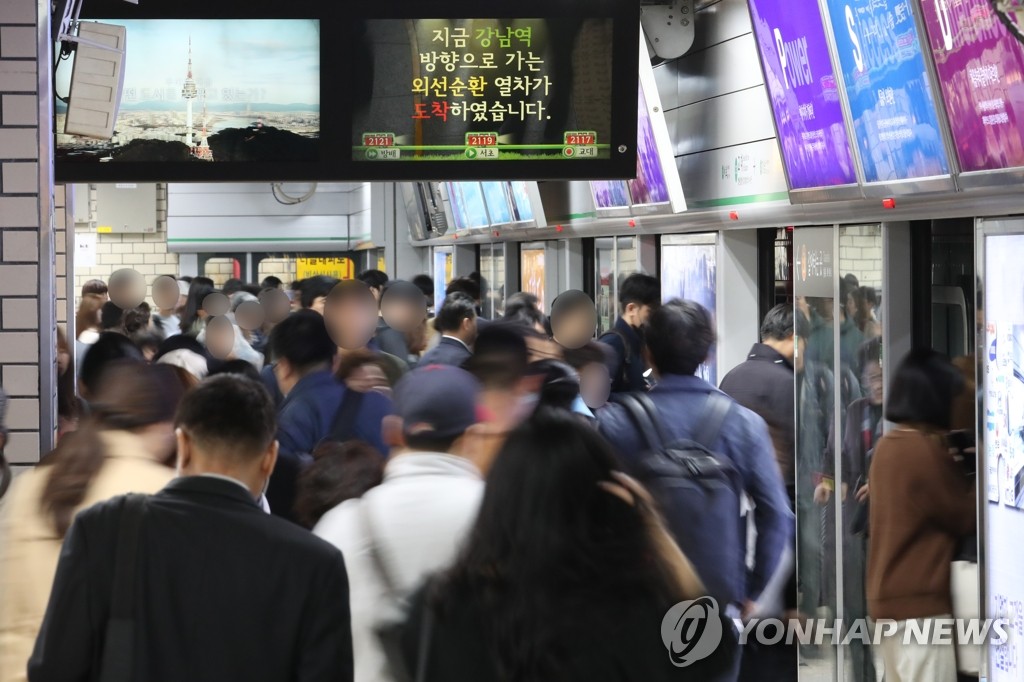