(ATTN: ADDS more info throughout and photo)
By Kim Han-joo

SEOUL, Jan. 28 (Yonhap) -- Despite enhanced quarantine efforts, concerns are rising here that the Wuhan coronavirus may spread across the country as some patients confirmed to be infected with the virus have not been adequately screened at airports and have been in contact with citizens here.

According to the Korea Centers for Disease Control and Prevention (KCDC) on Monday, a 55-year-old South Korean man who returned from the Chinese city of Wuhan on Jan. 20 tested positive for the new strain of virus, raising the number of confirmed cases here to the four.

The health agency said the total number of confirmed cases of pneumonia-like sickness stood at four as of early Tuesday, unchanged from the day before.

It also said that so far 97 people suspected of being infected with the new virus strain have been screened and released from isolation after results turned out negative. 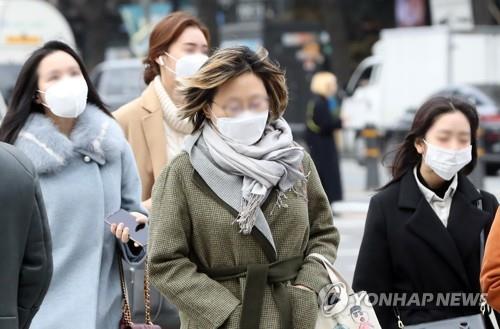 The fourth patient, who had not shown any signs of illness upon entering the country after returning from a trip to Wuhan, visited a local clinic a day later in Pyeongtaek in southern Gyeonggi Province when he showed signs of a simple cold.

He again visited the same clinic on Saturday after complaining of more severe symptoms such as muscle cramps and fever, prompting doctors to start actively monitoring the man.

The KCDC said it was only on Sunday the man was put in quarantine as his muscle cramps worsened. He was diagnosed with the Wuhan coronavirus later that day.

The third patient, a 54-year-old Korean man who also showed no signs of illness when he arrived from China last week, had been in contact with 74 people, although none have shown symptoms of the new type of coronavirus so far, adding to concerns it may spread across the country via "no-symptom" patients who have not been detected upon arrival in South Korea.

The KCDC said it has closed down the local clinic to conduct a detailed investigation and to look into how it failed to promptly report a suspected patient to the health authorities.

The KCDC said it is also investigating whether the patient had actually displayed symptoms or not and will announce details of the epidemiological investigation later in the day.

Experts also noted the importance of citizens voluntarily reporting themselves to health authorities when they have possible symptoms.

Common signs of the coronavirus, thought to have originated in Wuhan, a central Chinese city of 11 million people, include fever, sore throat and breathing difficulties, with more acute cases bringing chills and muscle pain.

The KCDC said it is inspecting 15 suspected Wuhan coronavirus cases and the results will be made public as soon as possible.

South Korea has put the utmost effort into containing the spreading disease, including actively monitoring travelers at airports and considering evacuating its citizens from Wuhan.

Health authorities in Hubei province, where the coronavirus first was detected in late December, reported 24 deaths and those in Beijing reported the Chinese capital's first fatality. No national toll was announced, but 81 other deaths had been reported through Monday. 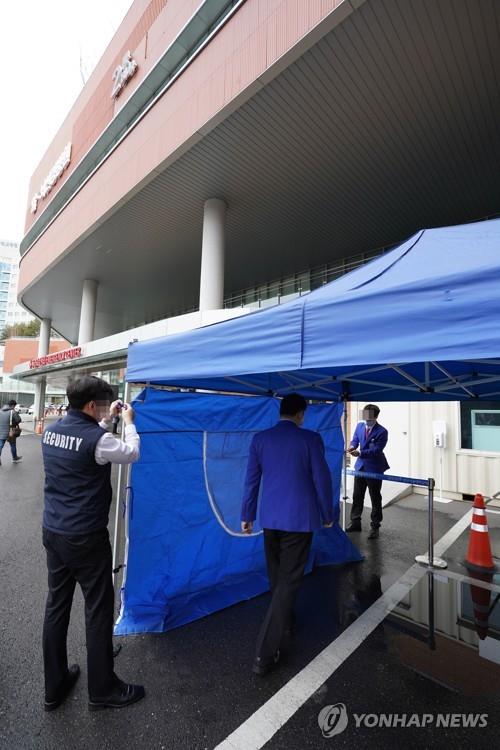