Kim returned home from Thailand on Tuesday, after leading South Korea to the title at the Asian Football Confederation (AFC) U-23 Championship. The tournament doubled as the qualifying tournament for the 2020 Tokyo Olympics, and South Korea earned their berth by finishing in the top three.

South Korea will be competing at their ninth consecutive Olympics. Their best showing to date remains the bronze medal from London in 2012, and Kim said the goal is to top that. 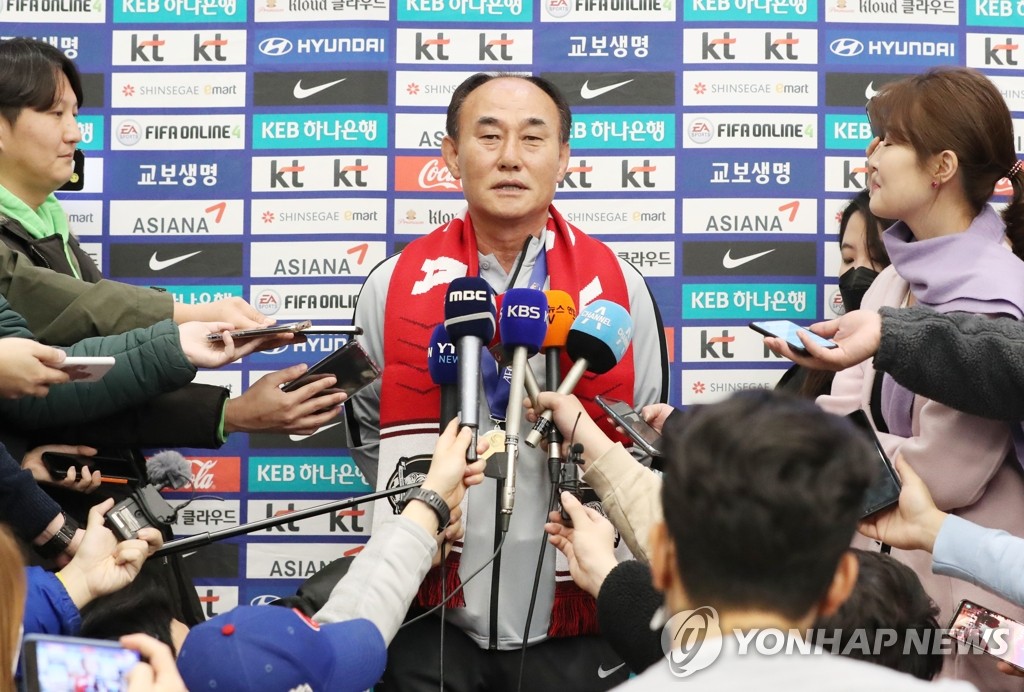 "It's always nice to win tournaments," Kim told reporters at Incheon International Airport, just west of the capital. "At the Tokyo Olympics, we'll try to do better than the bronze from London. Records are made to be broken."

South Korea ran the table in Thailand, winning all six matches during the group stage and the knockout phase. In Sunday's final, they edged past Saudi Arabia 1-0 with an extra-time goal by Jeong Tae-wook.

Kim was lauded for his tactical flexibility and for his leadership that got the young players to buy into his constant lineup juggling. Kim didn't once use the same starting 11 in consecutive matches, and each of 21 field players saw action.

Kim gave credit to his players for executing the game plan every time.

"I had so much trust in my players that I was able to change the starting lineup from match to match," he said. "We may not have had a superstar, but everyone played really hard. I had confidence that, as long as we put in the work, we wouldn't lose to anyone."

Kim said he went into every match with the mindset that it was the last, and admitted he was most nervous before the semifinals against Australia.

"A win there would give us a ticket to the Olympics, but a loss meant we had to win the third-place match later," Kim said. "I am sure the players were nervous wrecks, too." 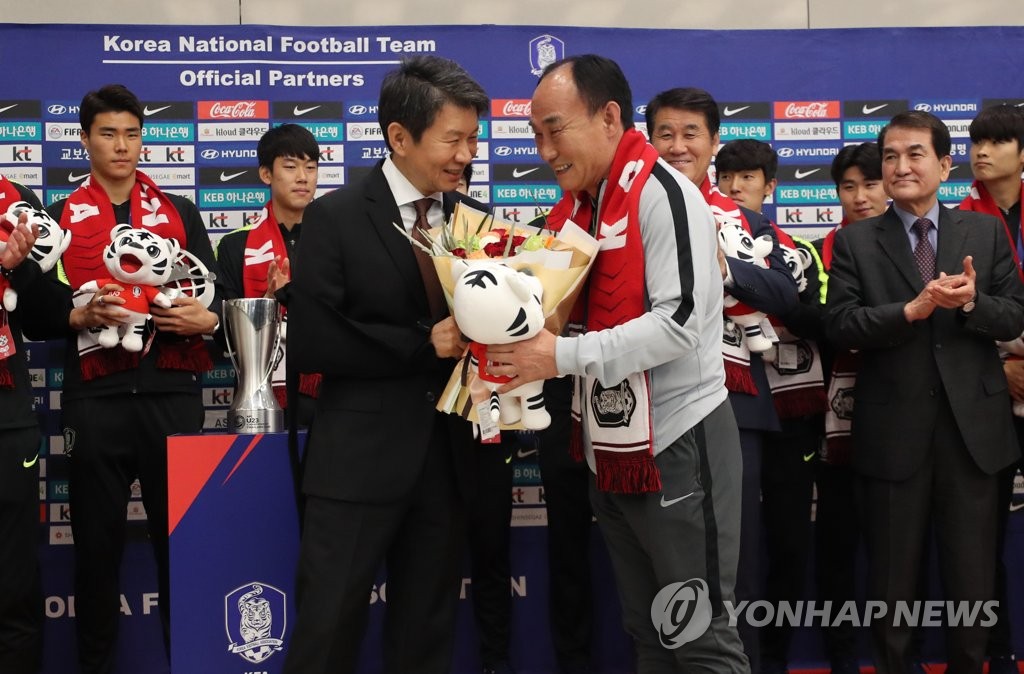 Kim carried a 23-man roster to Thailand, but for the Olympics, the squad will be limited to 18. Olympic football tournaments are open to players who are 23 or younger, but teams can each select up to three overage players as "wild cards." If Kim uses all of his three overage spots, that will only leave him with 15 spots to fill from the pool of 23 that he had this month. And the team in Thailand didn't include U-23 stars whose European clubs didn't make them available, such as Lee Kang-in of Valencia CF and Paik Seung-ho SV Darmstadt 98.

Kim said he won't go into the selection process with established standards or criteria because they will only limit his flexibility.

"For instance, I won't have anything like, 'This players has to play in this match,'" Kim said. "There could be players who won't end up playing in matches, but if I think they can still help the team in different ways, then I'll take them to the Olympics."

Kim said he hasn't even begun thinking about his wild card selection and added he'll do so after the draw on April 20, by which time he'll have a clearer idea of the needs of his squad against specific opponents.

The coach offered this final bit of advice to his players.

"They all have to stay healthy," Kim said. "And I hope they'll be playing in as many matches as possible (with their clubs)."