It was Lee's first visit to the Manaus plant since 2001. Samsung built the manufacturing facility in a Brazilian industrial park in 1995. 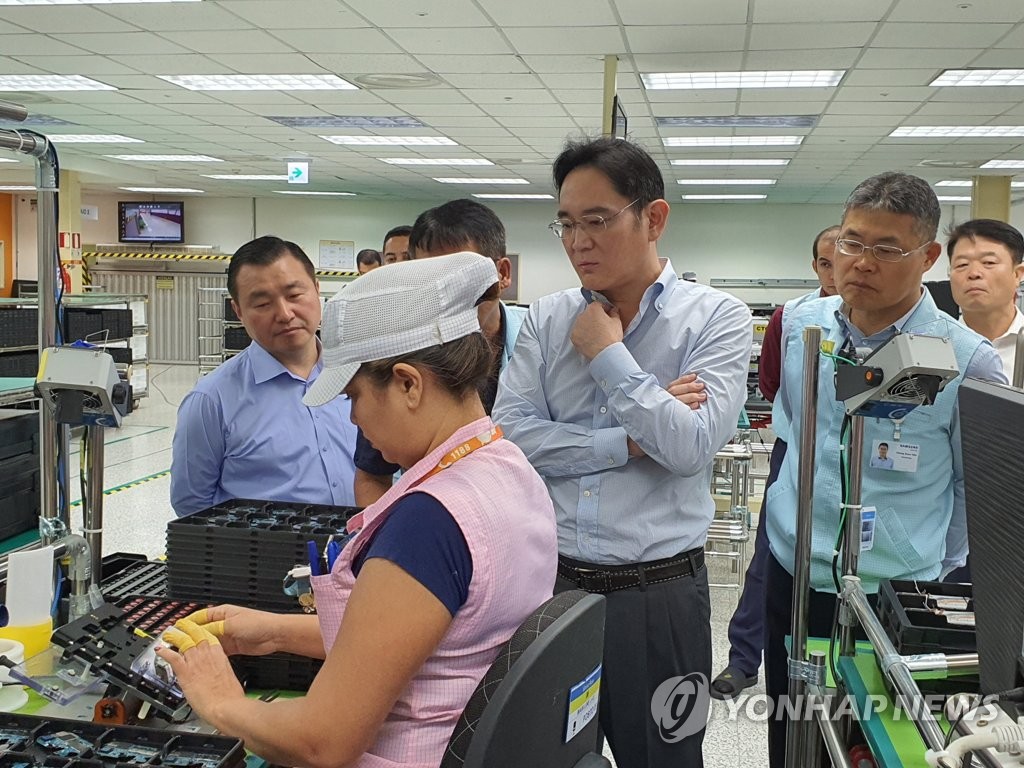 In addition to the Manaus plant, Lee was scheduled to visit the company's Brazilian headquarters office in Sao Paulo and its manufacturing facility in Campinas, just north of Sao Paulo, on Tuesday.

Samsung's new mobile business chief Roh Tae-moon and visual display head Han Jong-hee are also in Brazil with Lee, according to the company.

Industry insiders said Lee's visit to Brazil is intended to review its business strategy in Central and South America, where the company has been positioned as the top player in the smartphone and TV markets.

Since 2014, Lee has been visiting Samsung's overseas facilities during South Korea's national holidays.