SEOUL, Jan. 28 (Yonhap) -- South Korea will send four chartered flights to the central Chinese city of Wuhan from Thursday to Friday to bring home its nationals, government officials said, amid concerns about the spread of a new coronavirus.

Some 700 South Koreans are expected to board the planes, and consultations are under way with Chinese authorities to arrange details for the emergency evacuation, Second Vice Foreign Minister Lee Tae-ho said at a press briefing after an emergency ministerial meeting.

"The decision was made as the new coronavirus that erupted in China has been spreading fast, and based on comprehensive consideration of the fact that the Chinese government has suspended flights and transportation in Wuhan and its surrounding regions and also that medical supplies are becoming limited," Lee said.

Those evacuees will be quarantined before they board the planes and put into isolation at two unidentified government facilities after they arrive in South Korea, he added.

The move came after the South Korean consulate general in Wuhan conducted a survey on its nationals in the region Monday to determine the demand for an aerial evacuation.

Presiding over the meeting earlier, Prime Minister Chung Sye-kyun said the government will take "active" measures to evacuate South Koreans who want to return home from Wuhan, where the virus originated.

"The government will spare no efforts to carry out the duty to protect South Koreans staying in foreign countries," Chung said. 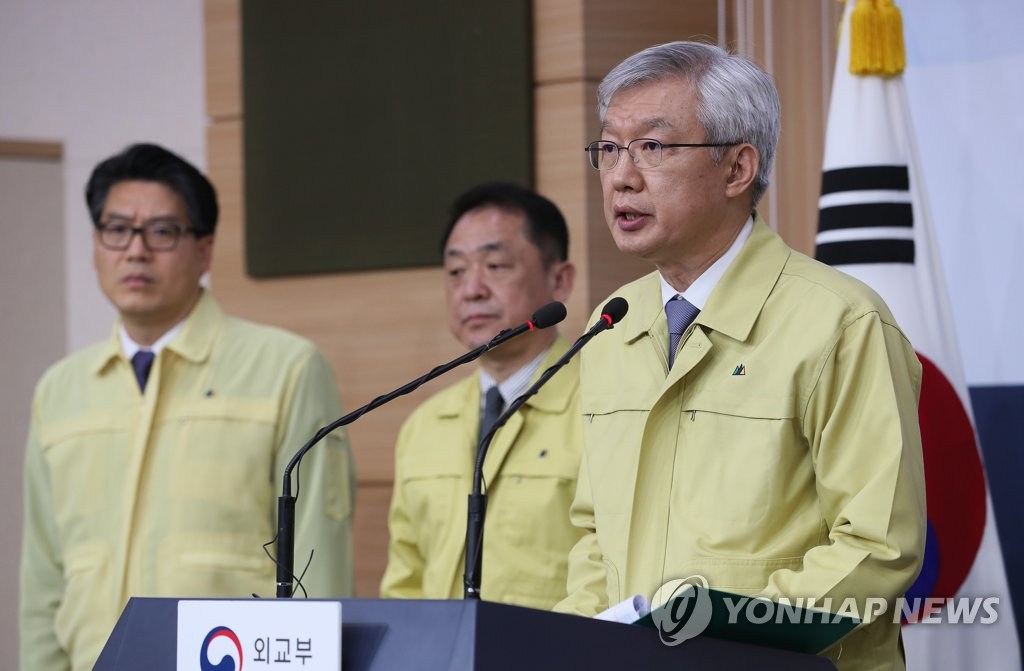 The government also plans to provide some 2 million masks and other medical relief items, including 200,000 items of protective clothing and goggles, when it sends those planes to China to help its efforts to fight the virus, the foreign ministry said.

Concerns are deepening about the global spread of the pneumonia-like illness as it has killed at least 106 people and infected more than 4,500 in China alone.

China has suspended all trains, flights and public transportation linked to Wuhan since last week, imposing a lockdown on the city in Hubei province.

South Korea ratcheted up its infectious disease alert level to the third highest Monday as the country has reported four confirmed cases of Wuhan coronavirus infection.

Chung vowed thorough quarantine efforts in the process of airlifting the Korean people.

"The government will prioritize the safety of its people and take preemptive measures," he said.

Chung ordered government agencies to sternly respond to fake news that could spawn groundless fears about the disease. He also instructed health authorities to hold a press briefing regularly to allow people to precisely grasp the situation.

South Korea has joined a few countries, including the United States and Japan, that are preparing to airlift their citizens from Wuhan as the death toll is rising in China.

President Moon Jae-in on Monday called for a thorough check of all entrants from Wuhan and stressed the need for "preemptive measures" to curb the spread of the virus.

The government plans to put those who will be evacuated in isolation for 14 days, which some experts say is the incubation period for the virus.

Earlier in the day, the interior ministry launched the operation of an emergency response system to support the government's efforts to contain the Wuhan coronavirus.

The government kicked off such a response team for the first time since September 2018, when the country tackled the outbreak of Middle East Respiratory Syndrome (MERS).

The ministry also plans to operate a pan-government team to handle the transportation and two-week isolation of the people to be airlifted from Wuhan.

On Tuesday, South Korea issued a travel alert level of "restraint" for all of China except for Taiwan, the third highest in its four-tier travel warning system, while maintaining the second-highest level of "withdrawal recommendation" for China's Hubei province, where Wuhan is located. 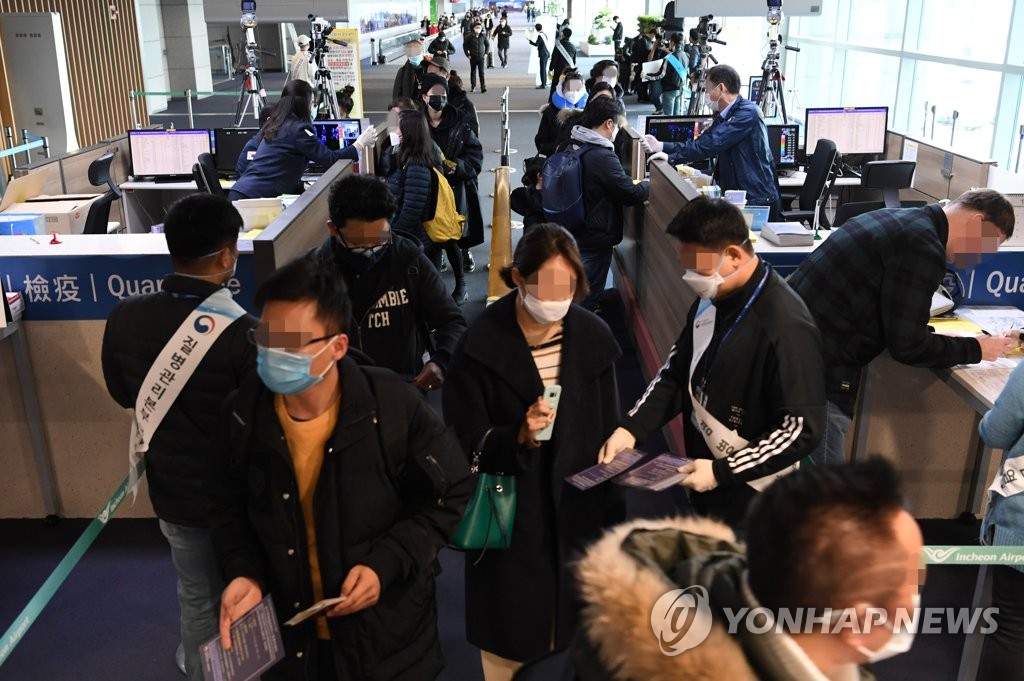 (2nd LD) S. Korea to fly its nationals out of Wuhan this week over coronavirus concerns

(2nd LD) S. Korea to fly its nationals out of Wuhan this week over coronavirus concerns