It was delivered in Moon's reply to Xi's congratulatory letter for his birthday, according to Cheong Wa Dae's deputy spokesperson Han Jung-woo. Moon celebrated his birthday last Friday.

Moon took note of the Chinese government's efforts to cope with the epidemic and wished for the virus to be brought under control at an early date, Han said.

"Our government won't spare necessary support and cooperation," Moon was quoted as saying in the letter.

Cheong Wa Dae, however, would not reveal other details.

Asked about whether Xi touched on the Korean Peninsula issue in the letter, a Cheong Wa Dae official told reporters that, "It seems diplomatically inappropriate to make public" details of what's written in the letter from China.

On speculation that the outbreak of the virus may affect Xi's plan to visit South Korea in the first half of this year, the official said the two matters are "not directly related." 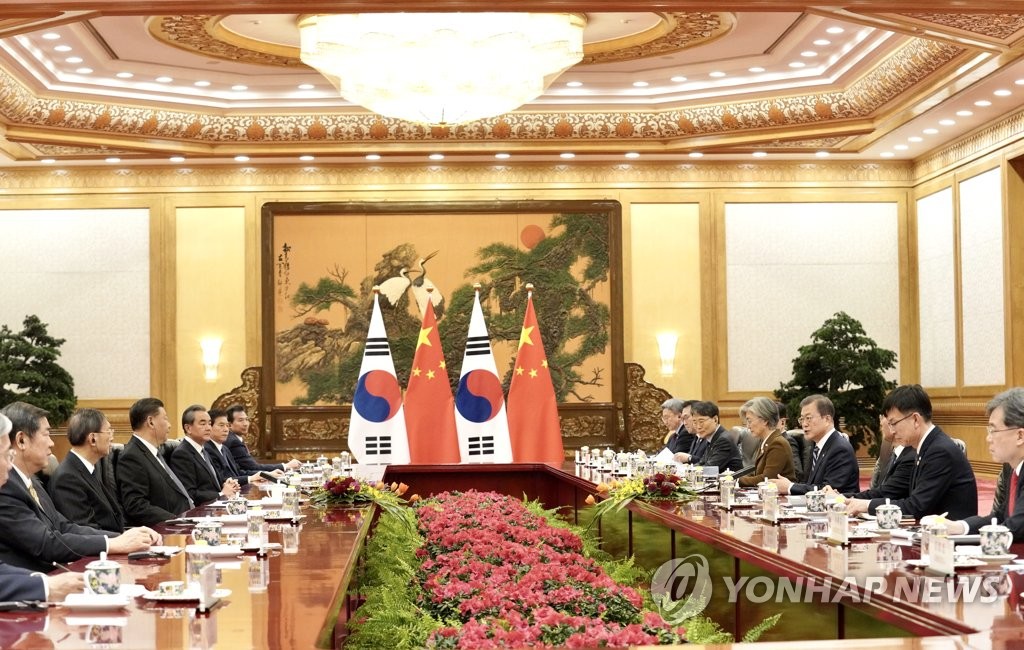