SEOUL, Jan. 28 (Yonhap) -- South Korean stocks sank by more than 3 percent on Tuesday as the Wuhan coronavirus quickly spreading around the globe hurt investor sentiment, taking a toll on most market heavyweights. The local currency also fell sharply against the U.S. dollar.

The Tuesday closing marked the steepest decline since the 4.44 percent drop posted on Oct. 11, 2018.

The local financial market was closed on Friday and Monday for the Lunar New Year holiday.

Investor sentiment is gripped by growing concern over the coronavirus, which is expected to have an adverse impact on domestic consumption and possibly hinder the economic growth of China, the top trading partner of South Korea. 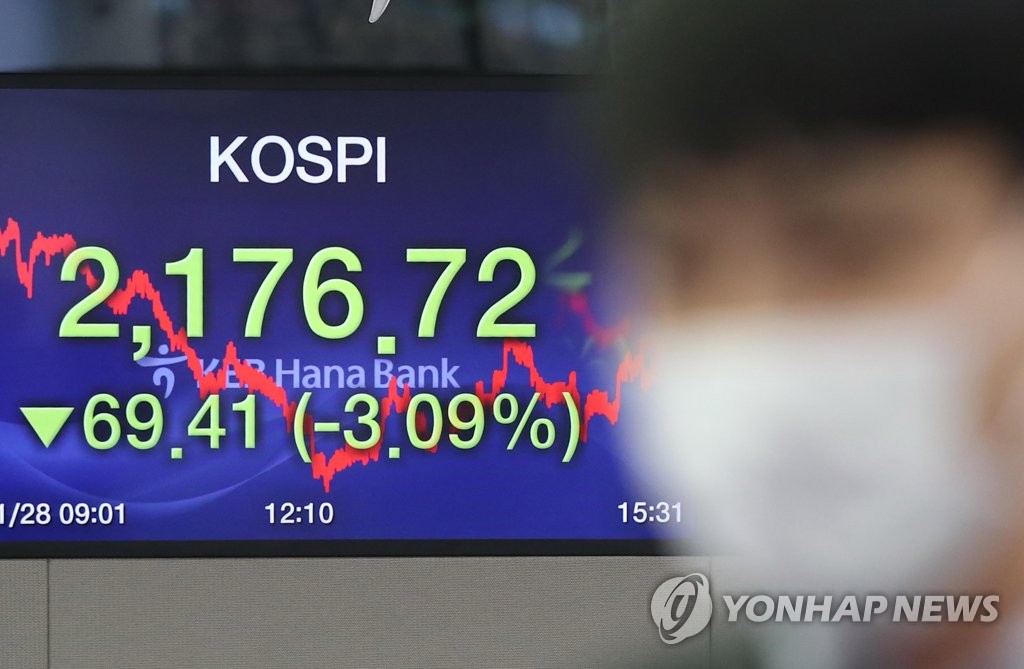 "Amid the rising number of patients, investors are in a rush to safe havens," Lee Kyung-soo, a researcher at Meritz Securities Co., said. "This issue will especially hurt the consumer goods, travel and leisure segments."

The country reported its fourth confirmed case of the Wuhan virus, with the third and fourth patients known to have been in contact with many citizens here, raising concerns that the novel virus may spread across the country.

Beijing said the number of patients hovered above 4,500, with more than 100 deaths being reported so far.

Shares lost ground across the board, with retailers and foodstuff makers bearing the brunt of the deadly virus.

Retailers sharply lost ground on concerns that the spread of the virus is weighing on consumer sentiment, with duty-free operator Lotte Shopping plunging 7.31 percent to 120,500 won and No. 1 retailer E-Mart losing 3.81 percent to 113,500 won. Hotel Shilla surrendered 10.31 percent to 87,000 won.

Monalisa, a mask producer, increased by the daily permissible limit of 29.86 percent to 8,090 won, as the demand for hygiene products has been running high here.

The local currency closed at 1,176.70 won to the dollar, down 8 won from the previous session's close, sinking to a two-month low.