SEOUL, Feb. 1 (Yonhap) -- The U.S. Navy deployed its first MQ-4C Triton drones in Guam earlier this week for their initial deployment in the Pacific region, the military has said.

The two Tritons, which arrived at Andersen Air Force base on Jan. 26, are expected to expand the U.S. military's reconnaissance and surveillance capabilities in a region marked by an assertive China and a provocative North Korea.

The unmanned aircraft system is capable of detecting and identifying naval vessels and can fly nonstop for more than 24 hours, according to its manufacturer, Northrop Grumman.

"The fielding of the Navy's premier unmanned aircraft system and its additive, persistent, multi-sensor data collection and real-time dissemination capability will revolutionize the way maritime intelligence, surveillance and reconnaissance is performed," Capt. Dan Mackin said, according to a release from the 7th Fleet.

Their deployment "will enable improved maritime domain awareness" along with the proven performance of its P-8, P-3 and EP-3 maritime aircraft, the military added.

The two aircraft were delivered to the Navy in November, and two more units are expected to join the squadron in Guam as part of early operational capability to further develop the concept of operations and fleet learning. 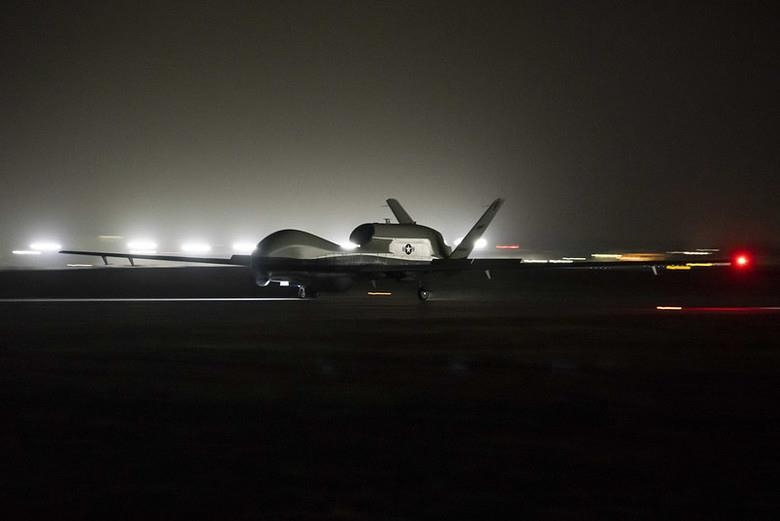