SEOUL, Jan. 29 (Yonhap) -- The number of counterfeit South Korean banknotes dropped to a new record low in 2019, the Bank of Korea (BOK) said Wednesday, due to what it called an enhanced security system that quickly leads to the arrest of those who produce or use fake bills.

In 2019, the number of fake banknotes found here came to 267, down more than 56 percent from 614 a year earlier and marking the lowest since the BOK began releasing such data in 1998. 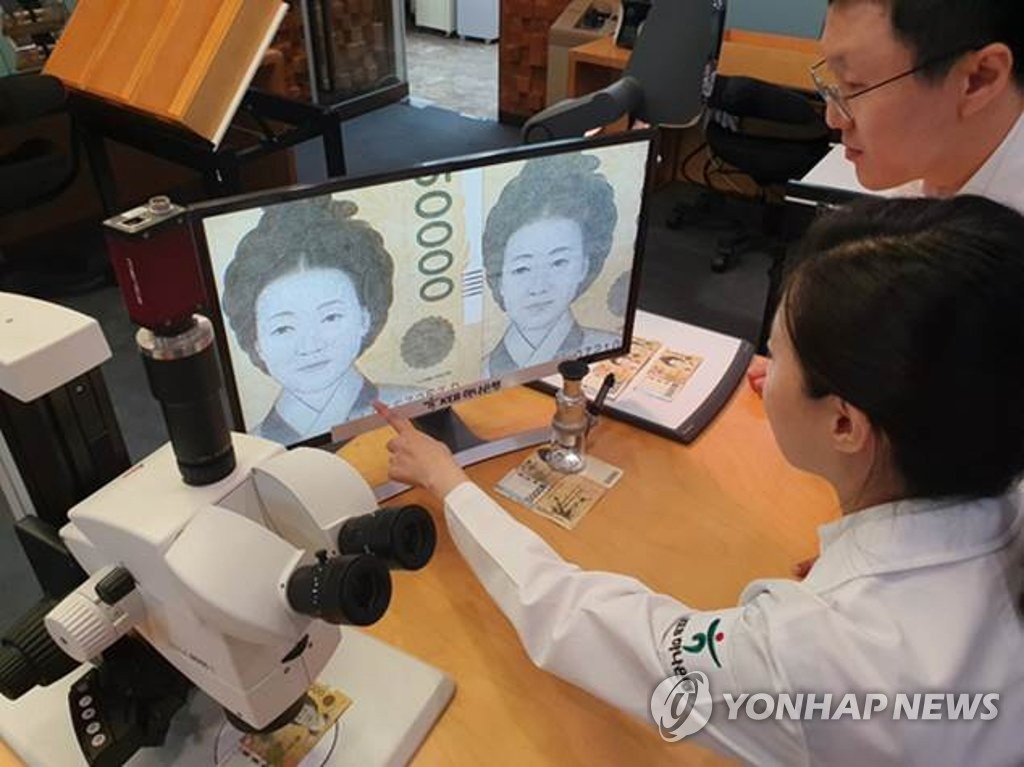 "(Such a drop) is largely attributed to the fact that an enhanced security system makes it difficult to use counterfeit notes and allows the law enforcement to quickly arrest the suspects when a counterfeit case occurs," the BOK said.

The number of counterfeit bills found represents 0.05 bill per every 1 million banknotes in circulation here, one of the lowest in the world, which compares with 127.1 bills per million for Britain, 13.1 in Australia and 0.12 in Japan.

The highest denomination bills (50,000 won) had only 47 counterfeit cases, accounting for 17.6 percent of the total, according to the central bank.

No. of fake banknotes dips to record low in 2019

No. of fake banknotes dips to record low in 2019