SEOUL, Jan. 29 (Yonhap) -- South Korea's health authorities said Wednesday they have not diagnosed new additional cases of the new coronavirus in the country but are monitoring 28 other potential cases amid heightened quarantine rules.

According to the Korea Centers for Disease Control and Prevention (KCDC), 187 people have experienced signs of the new virus strain since Jan. 3, and 155 have tested negative and been released from observation and isolation. 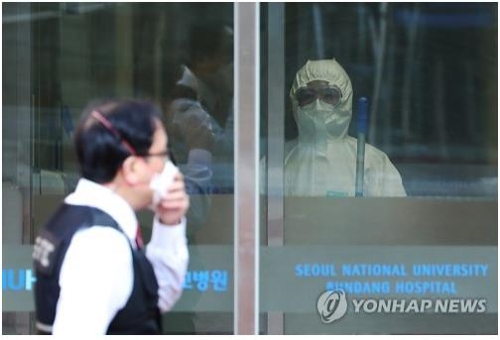 South Korea has already raised the country's infectious disease alert level one notch from "yellow" to "orange," the third highest. The country, moreover, is currently engaged in screening about 3,000 people who have arrived in the country from Wuhan after Jan. 13.

Park Hye-kyung, the director of the KCDC's public health emergency and bioterrorism department, said officials are contacting everyone on the list individually and checking up on their health.

In regards to the potential for spreading the new virus, she could not make any prediction at present, especially since South Korea's proximity to China means the situation will only be resolved if the outbreaks in the originating country are contained.

"Domestically, the country could technically declare an end of the health crisis only after 28 days have gone by without a patient being discovered," the health expert said. The period reflects the 14-day-long known incubation period of the coronavirus, plus another two weeks for extra margin of safety.

The whole of China has been categorized as a "coronavirus risk area," and Seoul has strongly advised its citizens not to visit the central Chinese city.

China had confirmed 132 deaths and 5,974 people infected with the virus as of early Wednesday. 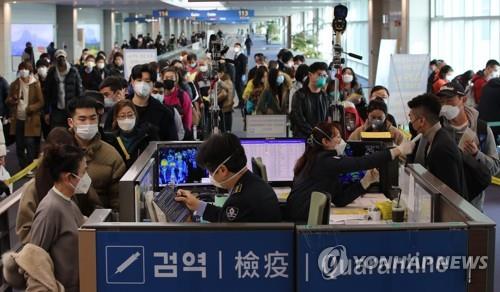