SEOUL, Jan. 29 (Yonhap) -- Ahn Cheol-soo, a former presidential candidate, announced Wednesday that he will defect from the minor opposition party that he previously co-founded, as he has resumed political activity ahead of the April elections.

The decision came as the minor Bareunmirae Party (BP) is on the verge of being split amid his deepening rifts with Sohn Hak-kyu, the incumbent party chief over reform measures.

"I am leaving the BP with a bitter heart. I gave up the dream of reviving the party after seeing Sohn's remarks," Ahn told a press conference, referring to Sohn's rejection of his proposal to activate an emergency mode in the BP. 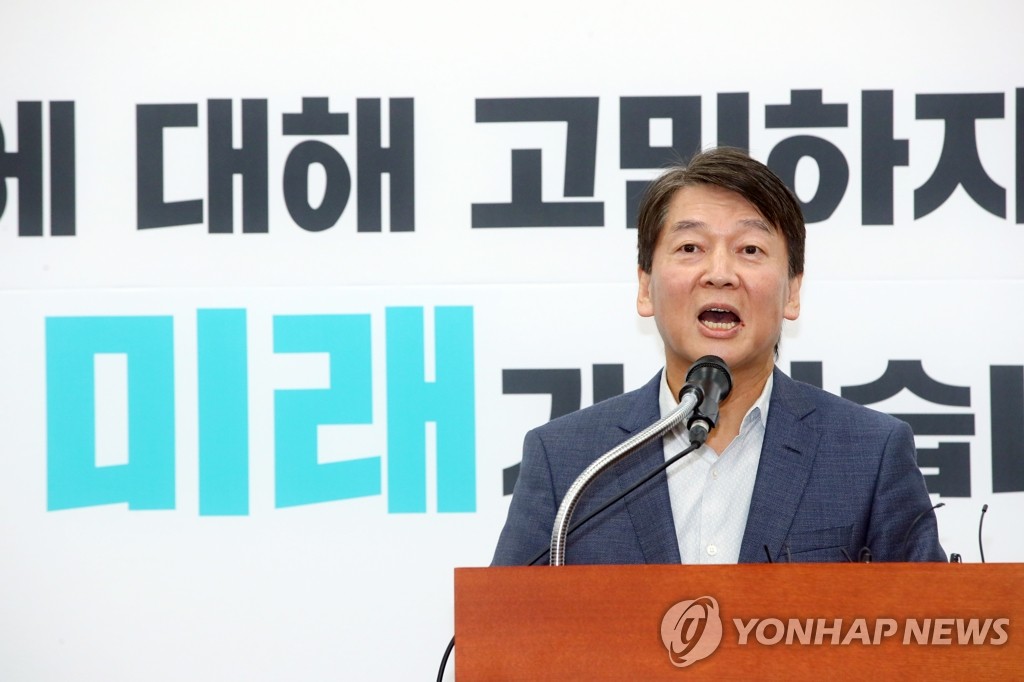 Ahn, once popular with his "new politics" mantra, retreated from politics following his defeat in the Seoul mayoral race in June 2018. He left for Germany to study in September 2018 and then moved to the United States.

Early this month, he made a surprise announcement of his plan to return to the political scene, vowing to overhaul the current out-of-date politics.

On Jan. 19, Ahn vowed to create a new political party to shore up a pragmatic and middle-of-the-road politics. He also said he will not run in the April 15 parliamentary elections.

Ahn's return is expected to expedite ongoing discussions of consolidation in the conservative bloc in the runup to the April polls.

But experts cast doubts on whether he will be welcomed by voters as public support for Ahn has been on the wane, apparently as he has failed to bring about political reforms as he earlier promised.

Ahn, a doctor-turned-computer expert, co-founded the minor central-left People's Party in February 2016 ahead of the 2017 presidential election.

The party merged with the central-right Bareun Party in 2018 to create the BP, the third-largest party here. It was a marriage of political groups with opposite support bases, harboring the sources of internal tensions.

Rep. Yoo Seong-min, former co-head of the BP, also defected from the party, with seven other lawmakers, and created a new conservative party early this month.