During the meeting in Seoul, Jeong highlighted the importance of an "ironclad combined defense posture" to support the diplomatic efforts for denuclearization of the Korean Peninsula, and asked for continued support from the United States, according to the ministry.

McCarthy and LaCamera stressed the importance of the alliance between South Korea and the U.S., and vowed to strengthen communication and cooperation between their armies, the ministry said. 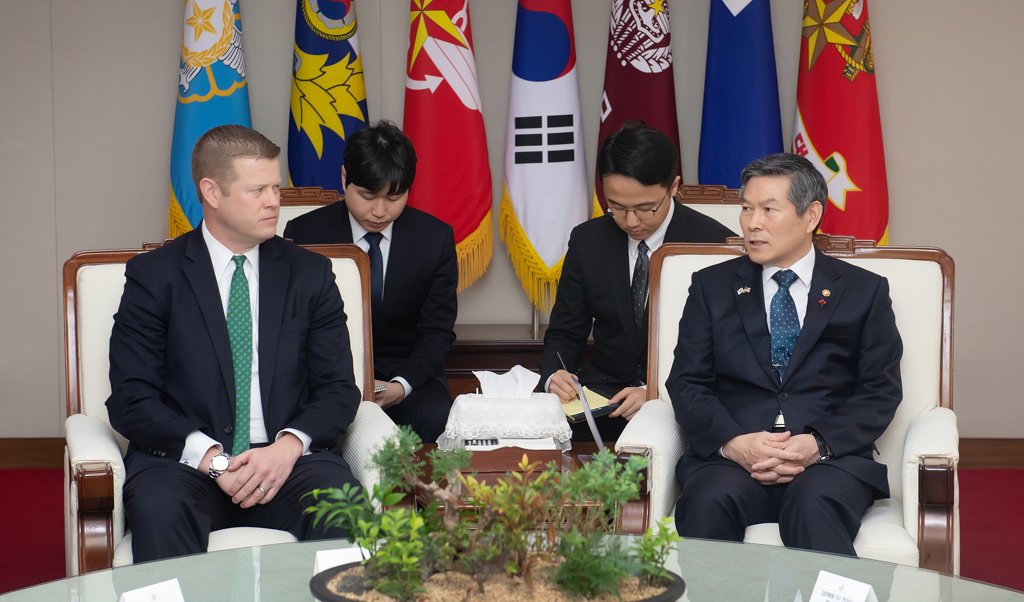