SBS, one of the three major terrestrial networks, has extended the runtime of its Monday-Tuesday dramas from 60 to 80 minutes in a bid to gain an early edge over rival dramas in the same slot.

It is about a genius but eccentric doctor called Teacher Kim, played by veteran actor Han Suk-kyu, at a hospital in a small town. He seeks to recruit a general surgeon to fill a vacancy at his hospital and faces two promising doctors who have their own stories.

Thanks to the popularity of the first season, "Dr. Romantic," and its big-name stars, its viewership touched 20 percent for Tuesday's eighth episode. 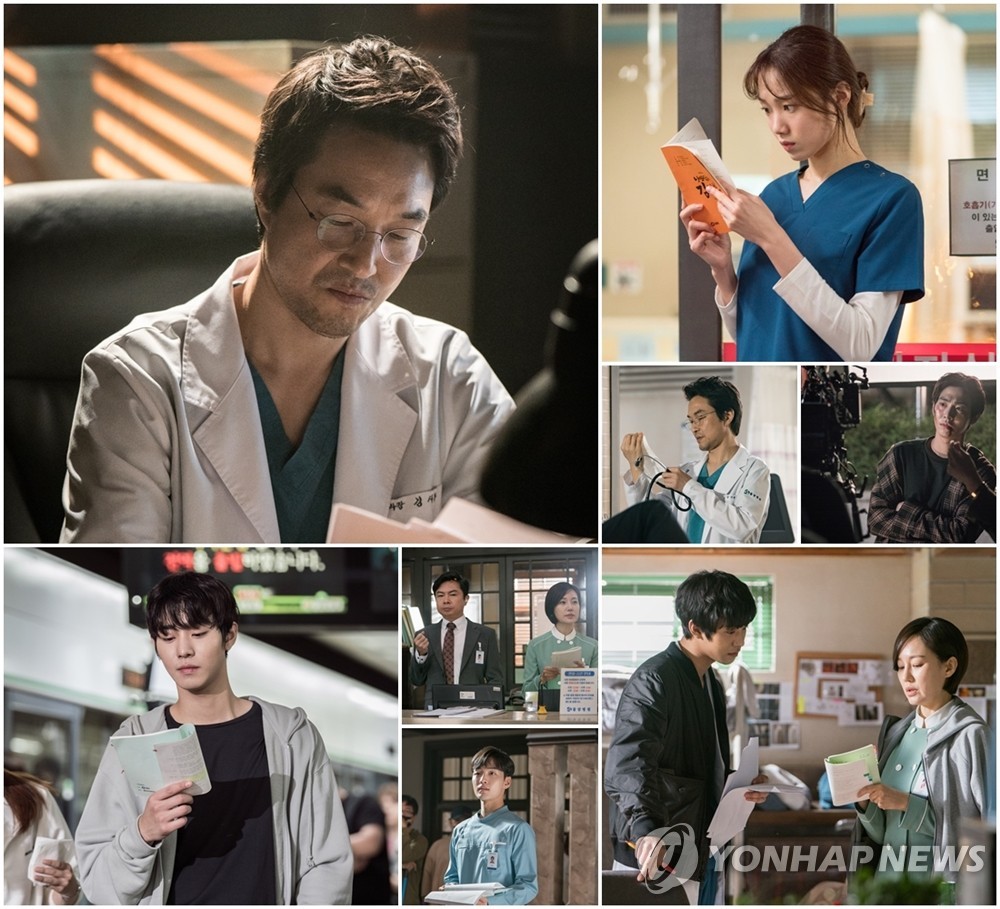 SBS's extension has dealt a blow to cable channels tvN and JTBC, which set their Monday-Tuesday time slots at 9:30 p.m.

Released on Dec. 16, tvN's "Black Dog: Being a Teacher" hit 5.5 percent in daily viewership in December, but the number dropped to 4 percent or so after "Dr. Romantic" began in early January. For the 14th and latest episode, it received a 4.4 percent viewership.

JTBC's Monday-Tuesday legal drama "Diary of a Prosecutor" started on Dec. 16, getting a daily rating of 5 percent. But it hit a series low of 2.7 percent on Monday, recovering to 3.5 percent for Tuesday.

On the other hand, tvN came up with the same strategy for its weekend series and took the lead in the heated competition for the time slot.

Its weekend romantic comedy "Crash Landing On You" airs from 9:10 p.m. to 10:45 p.m., making it about 85 minutes in duration, much longer than the usual 60 minute per episode.

Starring Hyun Bin and Son Ye-jin, it tells the story of the heiress of a big-name fashion business in the South who is blown away by a windstorm while paragliding, crash lands in North Korea and meets a North Korean soldier. "Crash Landing" overlaps with SBS's hit sports drama "Hot Stove League," which starts 10 p.m. every Friday and Saturday and lasts about 40-45 minutes. It features the general manager of a professional baseball club, played by Namkoong Min, whose goal is to get his team from the bottom of the league to the top.

As a result, the Saturday viewership rating of "Hot Stove League" is slightly lower than its Friday rating. Last week, its Friday show rose to as high as 17 percent in viewership, but the number fell slightly to 16.5 percent on Saturday.

Experts noted that the new content from pay channels such as tvN and JTBC has disturbed years of tacit agreement about prime-time soap operas: that they should comprise 60-minute episodes starting at 10 p.m.

"In the past, three terrestrial TV stations had vied for higher viewership in the same time slot," drama critic Gong Hee-jeong said. "But now TV channels have entered (a period of) harsher competition and they have to seek various ways to survive."