SEOUL, Jan. 29 (Yonhap) -- South Korea made last-minute preparations Wednesday to airlift its nationals out of the coronavirus-hit Chinese city of Wuhan, including finalizing logistical details with Chinese authorities.

Two Korean Air planes will be used to evacuate about 700 South Koreans from the epicenter of the coronavirus outbreak in four groups Thursday and Friday, with the first plane set to take off from Incheon International Airport, west of Seoul, at 10 a.m. on Thursday.

Traveling together on the plane will be a quick response team comprising about 20 doctors, nurses, and foreign ministry and quarantine officials. Leading the team will be Second Foreign Vice Minister Lee Tae-ho, officials said.

The second plane will depart at noon also with another quick response team on board.

South Korean officials continued last-minute consultations with China on logistical details. Seoul has asked Beijing to allow the emergency transfer of its citizens and notified specifications of the airplanes to be used, officials said.

"We're closely communicating with the Chinese side for their cooperation so that we can operate the chartered flights on those days," a foreign ministry official said.

Of about 700 people who have applied for the transfer, those with no symptons will be transported first, and they will be subject to a quarantine check right before and after the flights, and will stay at the facilities for at least 14 days, officials said. 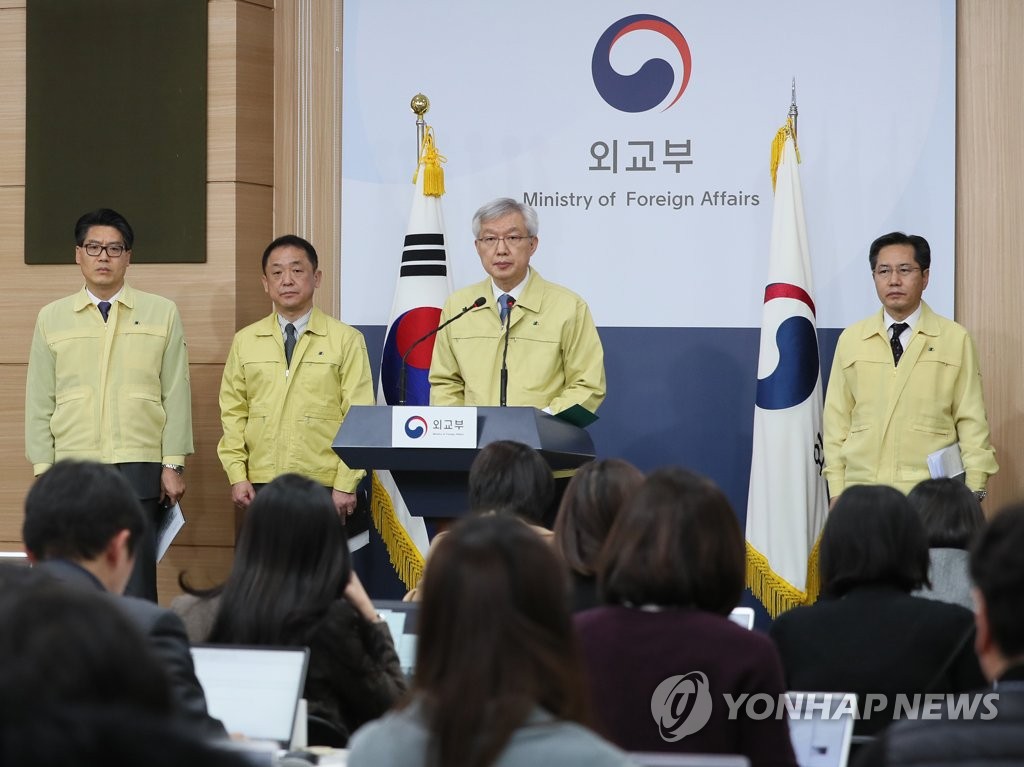 While the residents in Wuhan have been advised to get to the airport on their own, the South Korean consulate general in Wuhan has rented 12 buses to take them there in case difficulties arise, the ministry said.

Foreign Minister Kang Kyung-wha spoke by phone with her Chinese counterpart, Wang Yi, late Tuesday and asked for China's support in its efforts to secure the safety of South Koreans, including the evacuation plan.

South Korea pledged to provide 2 million masks and 200,000 medical relief items, such as protective clothing and goggles, when it sends the planes to China to help the efforts to fight the virus.

Seoul has been going all-out to stem the spread of the pneumonia-like illness that has killed more than 130 and infected over 6,000 in China alone.

South Korea has reported four confirmed cases of the virus infection since early last week, with no fatalities so far. The government has raised the alert level for the infectious disease to its third highest.

Health authorities are tracking some 3,023 individuals who flew from Wuhan between Jan. 14 and 23, considering the disease's 14-day incubation period.

On Tuesday, South Korea issued a travel alert level of "restraint" for all of China except for Taiwan, the third highest in its four-tier travel warning system, while maintaining a "withdrawal recommendation" for China's Hubei province, where Wuhan is located.