"Security is very important in our society. Therefore, assuming the post of generals, who command troops, means becoming a member of leading our society," Moon told them, according to Cheong Wa Dae's deputy spokesperson Han Jung-woo.

Speaking after the sword ceremony at his office, Moon asked them to serve with a broader perspective and vision for the future of South Korea. 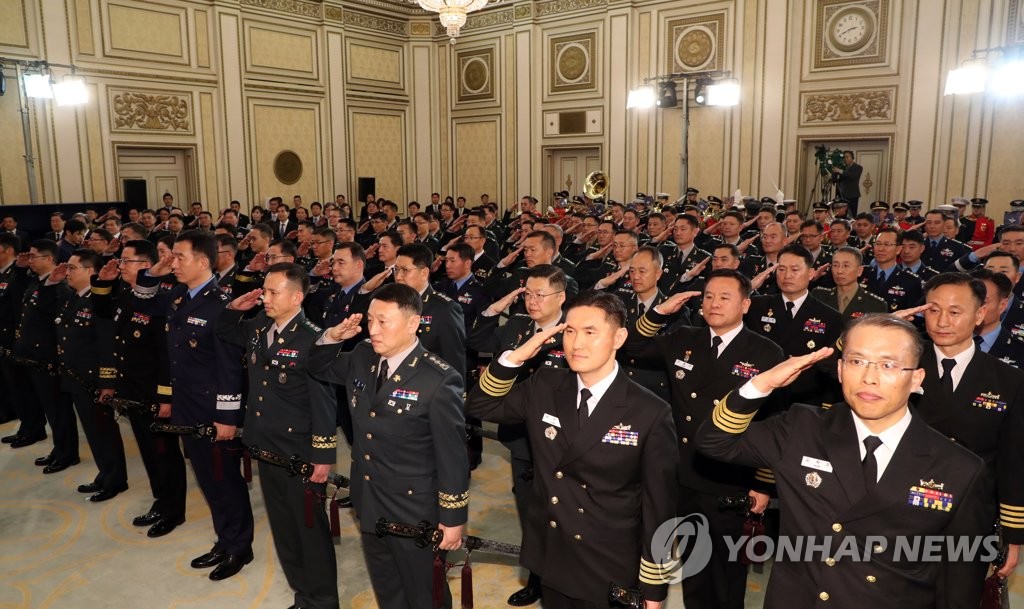 Reforming the weapons system, military strategy, tactics and management is the key basis for the initiative, Moon said.

"Peace can be made and guarded when (we) have a powerful military power" so that no enemy can provoke us, the president was quoted as saying. "The most pivotal element in making peace is the very military."

He pointed out that South Korea should regain wartime operational control of its own troops "someday" from the United States and expressed his expectations for the generals' role in related preparations.

They included 53 Army officers, 11 Navy ones, two Marines and 11 Air Force generals, all of whom were promoted to the one-star grade in the latest regular shake-up of commanders.

Samjeonggeom, which means "sword of triple sincerity" in Korean, traditionally symbolizes the power and authority of generals.

The president gave them the swords symbolic of the three goals of national defense, unification and prosperity based on the unity among the Army, the Navy and the Air Force, according to Cheong Wa Dae. 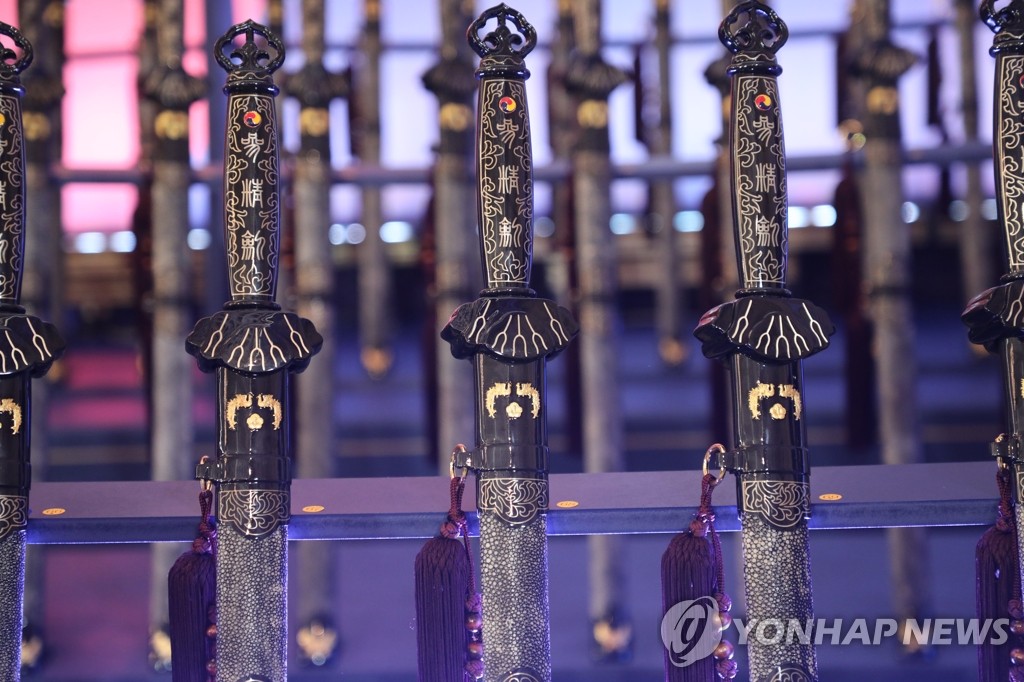