SEOUL, Jan. 29 (Yonhap) -- A minor earthquake detected in northeast North Korea on Wednesday morning is presumed to be a natural tremor induced by its nuclear test in 2017, Seoul's meteorological office said.

The North carried out at least six nuclear tests there, including the latest and most powerful explosion on Sept. 3, 2017.

The Korea Meteorological Administration (KMA) said the quake is presumed to be the latest in a number of natural tremors caused by altered seismicity in the wake of the nuclear test.

"The terrain of the area was so solid that there were no natural earthquakes before the sixth nuclear test," a KMA official said.

"As the nuclear test's energy affected the geological features of the area, natural earthquakes have continued to occur," he added.

In May 2018, North Korea demolished the site in the presence of foreign journalists as part of its denuclearization pledge.

The epicenter of the latest quake was at a latitude of 41.29 degrees north and a longitude of 129.11 degrees east. 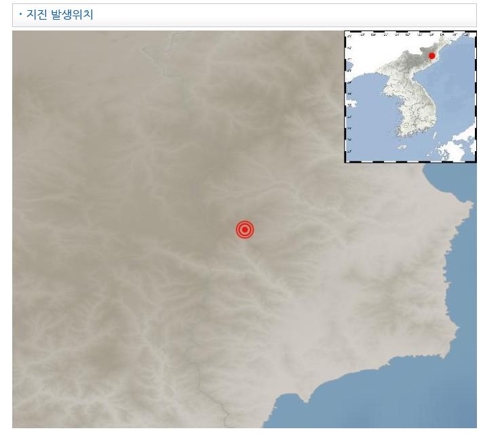