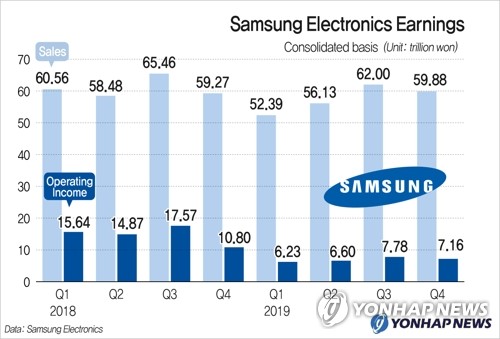 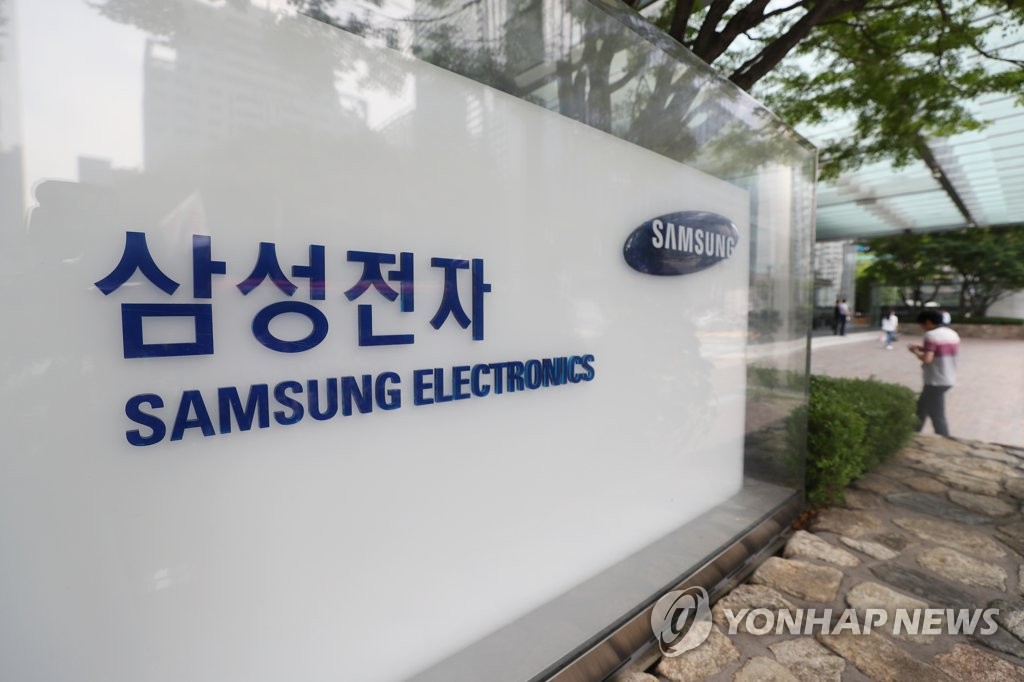 In the third quarter, Samsung was the world's top smartphone seller at a 21.8 percent global market share, according to data from market research firm IDC, ahead of Huawei Technologies Co. at 18.6 percent and Apple Inc. at 13 percent.

In the fourth quarter, Samsung's display panel business also posted a poor result. It saw 8.05 trillion won in sales, down 12 percent from a year earlier, while operating profit plunged 77 percent on-year to 220 billion won in the October-December period. 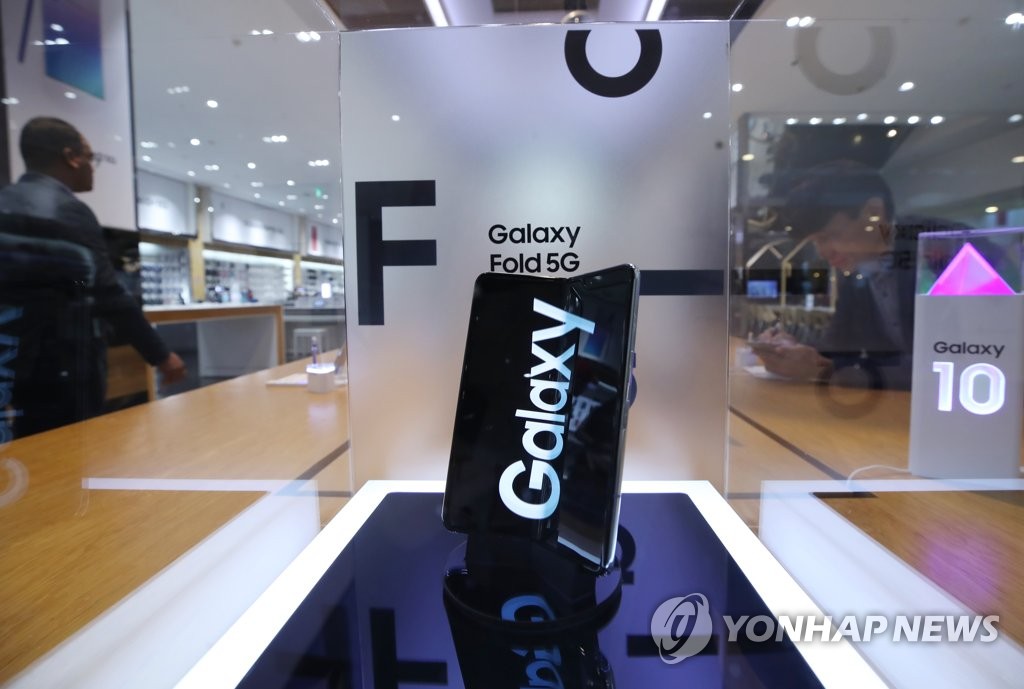 Samsung said its display business, which mainly produces OLED screens, is forecast to grow in 2020 due to a rise of 5G smartphones, but large displays will continue to stay weak as an oversupply issue persists.