SEOUL, Jan. 29 (Yonhap) -- South Korean airlines are beefing up preventive measures to minimize any fallout from the fast-spreading coronavirus on their businesses this year, industry sources said Wednesday.

The new coronavirus virus first appeared in the central Chinese city of Wuhan last month, and has sickened thousands and killed more than 100 in China. Cases have been detected as far as in the United States.

South Korea has reported four confirmed cases of the deadly virus, and the authorities have raised the country's infectious disease alert level one notch from yellow to orange, the third highest. 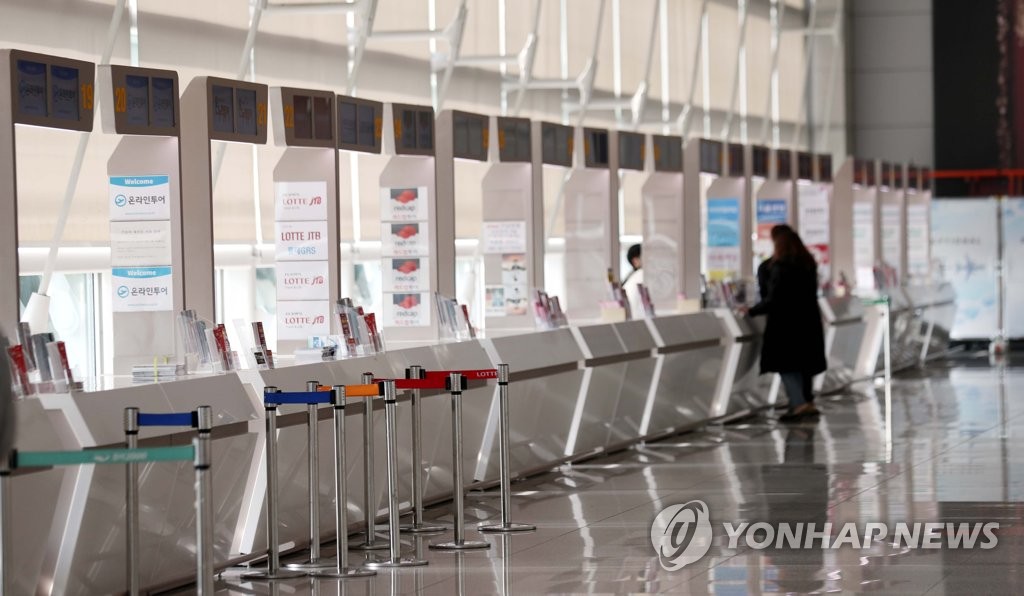 Among industries, the airline industry appears to bear the brunt of the new coronavirus on their earnings results in 2020 if the virus continues to spread across borders.

In South Korea, Korean Air Lines Co. was quick to respond to the severe acute respiratory syndrome-like virus and its possible effect on its business. SARS killed about 650 people in China and Hong Kong from 2002 to 2003.

Last week, the national flag carrier suspended most of its four flights a week to Wuhan by March 27. Its routes to Chinese cities, except for Wuhan, the epicenter of the virus outbreak, are operating for now.

"Customers who cancel or postpone their flights to China will be exempted from paying charges for cancellations or postponements by the end of March," a company spokeswoman said over the phone.

Korean Air said it will announce its plans to reorganize its flight schedules on Chinese routes Thursday.

In particular, Asiana is expected to post weak earnings results in the first quarter if demand on Chinese routes continues to decline due to the virus. Asiana earns nearly 20 percent of its sales from sales of flights to Chinese cities.

"Airlines have been aggressive in developing alternative routes to offset lower demand on Japanese routes since July last year due to Japan's export curbs. But the virus has emerged as another headache for them to ride out," Yang Ji-hwan, an analyst at Daishin Securities Co., said by phone.

He expected airlines won't likely achieve a turnaround in the first half of 2020. 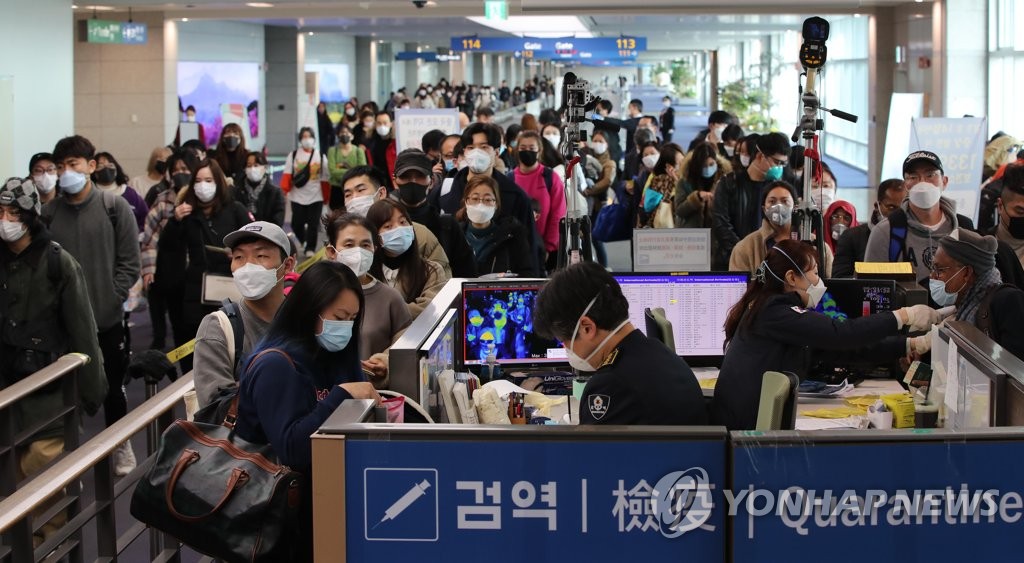 Airlines had expected recovering inbound travel demand on Chinese routes will help lead to an earnings turnaround this year but declining demand on the routes following the outbreak of the virus will serve as a major drag on the companies.

The number of passengers on Chinese routes jumped 14 percent to 18.4 million in 2019 from 16.1 million a year earlier, according to the transport ministry.

Travel demand from China remained weak following political tensions between Seoul and Beijing over the deployment of an advanced U.S. anti-missile system called THAAD in South Korea in 2017.

On top of the two full-service carriers, low-cost carriers have also suspended some of their flights to China or are considering halting further routes to the neighboring country in February.

"We are planning to gradually suspend six routes to Zhangjiajie from Incheon and other local airports starting today, and will take additional steps depending on developments in the spread of the virus," said a spokesman at Jeju Air Co., the country's biggest low-cost carrier.

Air Seoul Inc., a budget carrier unit of Asiana Airlines, on Tuesday suspended most of its flights to two Chinese cities -- Zhangjiajie and Linyi -- Wednesday for the time being.