KT&G and PMI have signed a three-year supply contract in which the former will distribute its e-cigarette product line Iil through the latter's sales networks, the company said in a statement.

"We are excited to enter into this agreement with KT&G. We are able to bring PMI's resources, knowledge and infrastructure as we leverage KT&G's smoke-free products. Our agreement will benefit adult smokers by providing a wide array of better choices," PMI Chief Executive Andre Calantzopoulos said in the statement.

The products include three existing heat-not-burn products -- lil Hybrid, lil Plus and lil Mini -- and an e-vapor product, lil Vapor, it said.

For the January-September period, KT&G's net profit jumped 19 percent to 920 billion won (US$781 million) from 772 billion won a year earlier on the back of strong overseas sales.

Its earnings results for 2019 will be released next month. 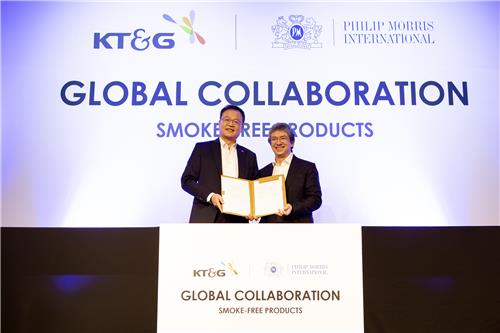