SEOUL, Jan. 31 (Yonhap) -- While most people were wearing facial masks in Myeongdong -- one of Seoul's most popular shopping districts -- streets were far from deserted. The one-square-kilometer area was still vibrant, with shops ranging from K-beauty brands to duty-free shops that were crowded with foreign tourists and locals.

So far, South Korea has confirmed 11 cases of the fast-spreading pneumonia-like coronavirus, with the latest four reported on Friday. China had confirmed 232 deaths and more than 9,792 people infected with the virus on the mainland.

While airlines and travel operators were among the industries suffering the most immediate repercussions from the new strain of virus, market watchers say it was too soon to say whether the outbreak would significantly effect a local retail industry.

The impact much depends on how long the outbreak lasts and if the Chinese government extends overseas travel restrictions, as the country's tourism and retail sectors heavily depend on inbound Chinese travelers. 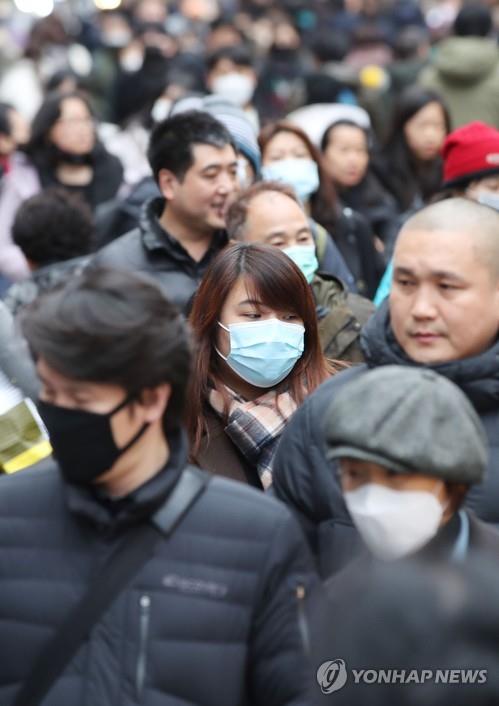 "The Middle East Respiratory Syndrome (MERS) first broke in the country, resulting in decreased foreign travelers," said Park Jong-dae, an analyst at Hana Financial Investment Co. "The Wuhan virus outbreak is a little different situation as the market highly depends on decision of the Chinese government."

Having reminded of a heavy hit taken from two epidemiological nightmares -- the Severe Acute Respiratory Syndrome (SARS) in 2003 and the MERS in 2015 -- local retailers are on their highest alert and taking various kinds of preemptive measures.

The number of inbound Chinese travelers nosedived 45 percent on-year and 63 percent on-year in June and July 2015, respectively, following the first outbreak of MERS in May, according to a report by Yuanta Securities Korea Co.

Combined sales at local duty-free shops are presumed to have dropped more than 20 percent between June and July, 2015, compared with two months earlier.

After years of strife in the face of a decline in Chinese tourists due to a diplomatic row between Seoul and Beijing over a missile defense system, local duty-free operators have been able to achieve upward momentum since early last year.

Industry official said fallout from the new coronavirus will be limited. Although duty-free operators' dependence on foreign tourists is high, their client base is not package tourists from China any more.

"Main clientele of duty-free shops were Chinese package tourists during the MERS outbreak. However, most of ours sales now come from Chinese vendors," said an industry official who asked not to be named. Chinese vendors or individual Chinese merchants buy their duty-free purchases, such as cosmetic products, in large quantities and sell them back at their home.

The local duty-free market's dependence on foreign tourists continued to increase with sales from foreigners accounting for more than 80 percent of the total market in 2019, according to industry data. The figure for downtown duty-free outlets is even higher at 90 percent.

Lotte Duty Free, one of the country's leading duty-free operators, has swiftly ordered all of its employees to wear facial masks and check body temperature every day. Hand sanitizers were placed at every corner of store, which will undergo major disinfection two times a week.

"We will come up with additional countermeasures depending on the course of the situation," CEO Lee Kab said in a press release. "We will continue to work with relative organizations such as the Korea Centers for Disease Control and Prevention and Incheon International Airport."

Shinsegae Duty Free, which has its Myeongdong outlet at the same building as Shisegae Department Store, said it is putting utmost efforts in containing the viral outbreak, such as mandating facial masks. 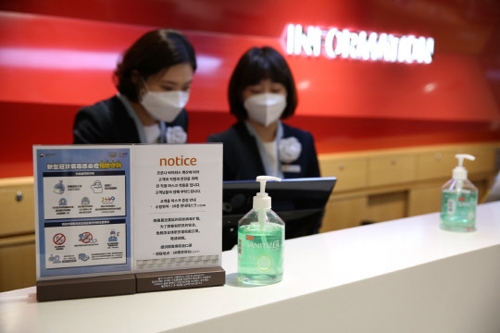 The cosmetics industry is more keen to the rapid spread of the viral infection as major players heavily depend on demands of the Chinese market and local duty-free shops.

Market watchers estimate the country's top cosmetics maker, AmorePacific Inc., suffered a single- digit sales decrease during the MERS outbreak, with budget brand Faceshop logging around 20-percent loss in sales for its duty-free business in just one month at the time.

"The cosmetics industry highly depends on Chinese vendors who purchase the product in large quantities, so the number of inbound travelers is not the biggest factor," said Cho Eun-chae, an analyst at Korea Investment & Securities Co. "The industry needs to pay more attention to such high dependence on the Chinese market, compared with 2015."

Industry data showed that China is the biggest buyer of South Korean beauty products, accounting for more than 60 percent. The ratio has steadily increased since 2015.

In line with other related sectors, the country's beauty retailers are stepping up anti-virus measures, such as mandating their workers to wear facial masks and distributing sanitary guidance at outlets in major tourist destinations.

Olive Young, run by retail conglomerate CJ Group and a market leader with nearly 1,100 outlets across the country, said it took measures even before the major outbreak.

For small-and-medium-sized retail owners, it has become more important to preemptively take measures to assure not only foreign tourists but also locals who are increasingly fearing to visit downtown areas filled with tourists.

"The number of clients has not shown any drastic fall. However, many of my clients who visit my shop from all over Seoul showed some worry about coming to the tourist-filled area," said Lee Ji-seon, who owns a nail and eyelash shop at the center of Myeongdong area.

She said the beauty shop has sent out notification texts to her loyal customers, saying that it has taken sanitary measures and advising clients who have visited China in the last two weeks to refrain from visiting the shop. 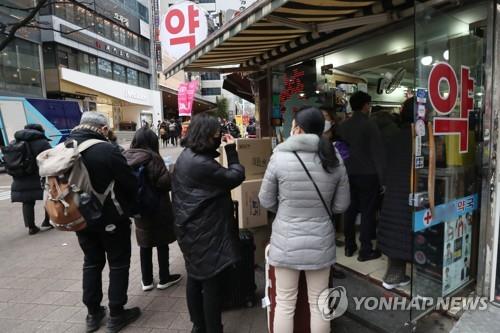