SEOUL, Jan. 30 (Yonhap) -- South Korea is expected to send one chartered flight to the coronavirus-hit Chinese city of Wuhan on Thursday night to airlift its nationals from the area placed under a lockdown, a foreign ministry official said.

It would represent an hourslong delay and a reduction on flights from Seoul's original plan to evacuate around 700 South Koreans seeking to leave the epicenter of the deadly contagious virus on Thursday and Friday.

Two Korean Air planes were initially scheduled to take off at 10 a.m. and at noon, respectively, as part of the government's evacuation plan announced earlier this week. Two more flights were set to fly to the city Friday.

In a joint media briefing, Foreign Minister Kang Kyung-wha said Beijing has given approval for one of the chartered planes and that it was in talks with the Chinese side to finalize the flight operation, including the time of its departure.

"We believe that they are working in a way in which they give the go-ahead for one plane and then receive requests sequentially, since it has been receiving many other requests (for permission) from the U.S. and Japan for provisional flights," Kang said.

Under the adjusted plan, about 360 South Koreans will likely be able to board the plane back home and follow-up plans to transport the rest of the people will have to be discussed with Chinese authorities, a foreign ministry official said. 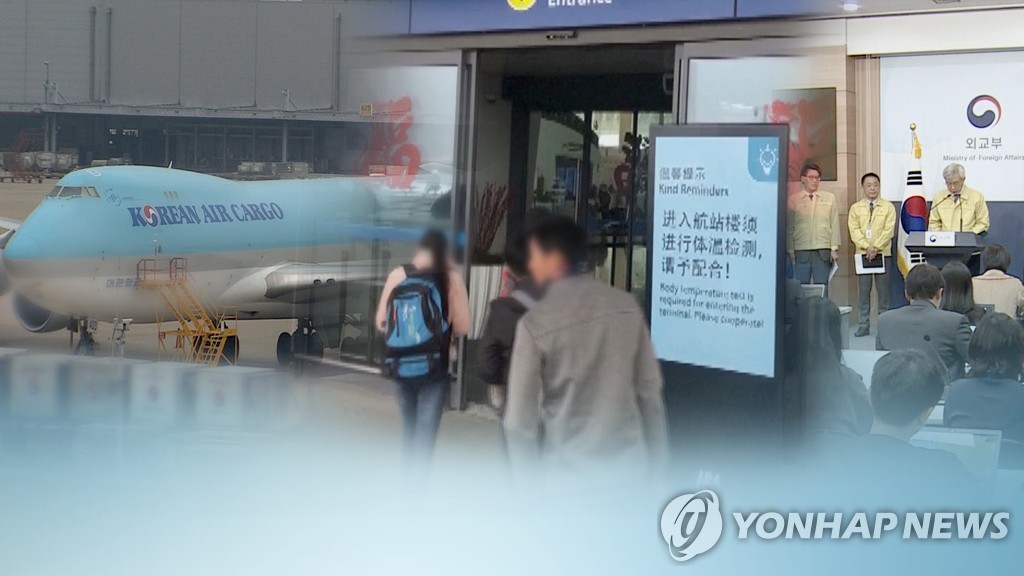 South Korea has reported four confirmed cases of the virus infection since early last week, with no fatalities so far. Health authorities are tracking 2,991 individuals who flew from Wuhan between Jan. 14 and 23, considering the disease's 14-day incubation period.